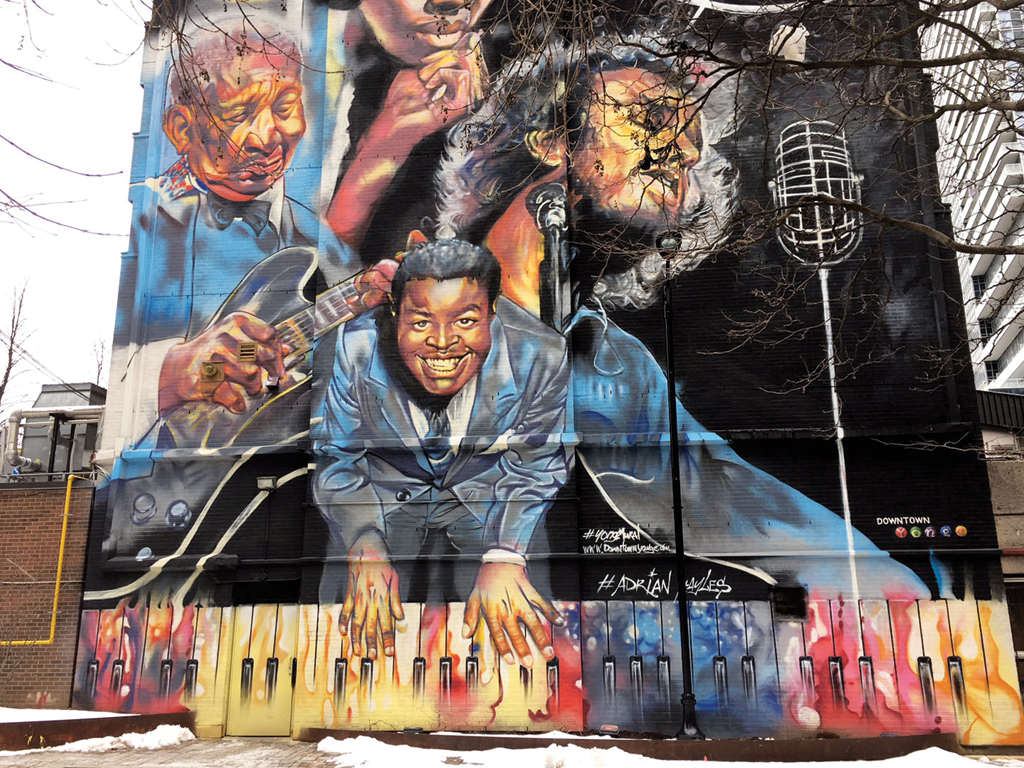 At the age of nine, Toronto-­based illustrator Adrian Hayles discovered the expressive nature of the visual arts. With his continued artistic development, illustration became his deepest passion and talent. His desire to learn and absorb from his surroundings led him on a personal creative journey. As a graduate of the Graphic Design program at Humber College with over 10 years of working experience behind him, Adrian has established his place in Toronto’s modern art community. His style is provocative and inspiring and defies categorization.

Blurring the lines between graffiti and ultra-realism, Adrian’s voice and vision is instantly identifiable. His works include countless portraits and illustrations for various magazines and collaborations with the City of Toronto to develop murals for vacant community spaces.

In the past, Adrian has painted complete buildings and city blocks, designed award-winning video games and animated television shows. He has also successfully developed and filed a functioning patent for the Stud Horse Foldable Drawing Bench and is the Principal and Founder of Behind the Front Visual Arts Studio. 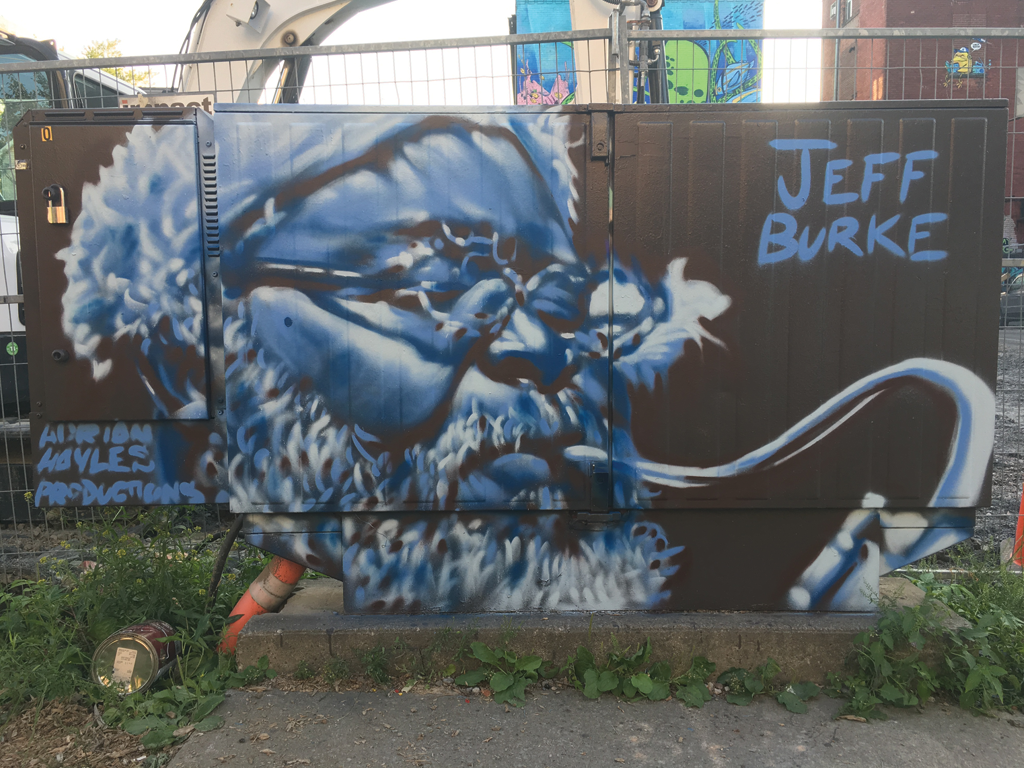 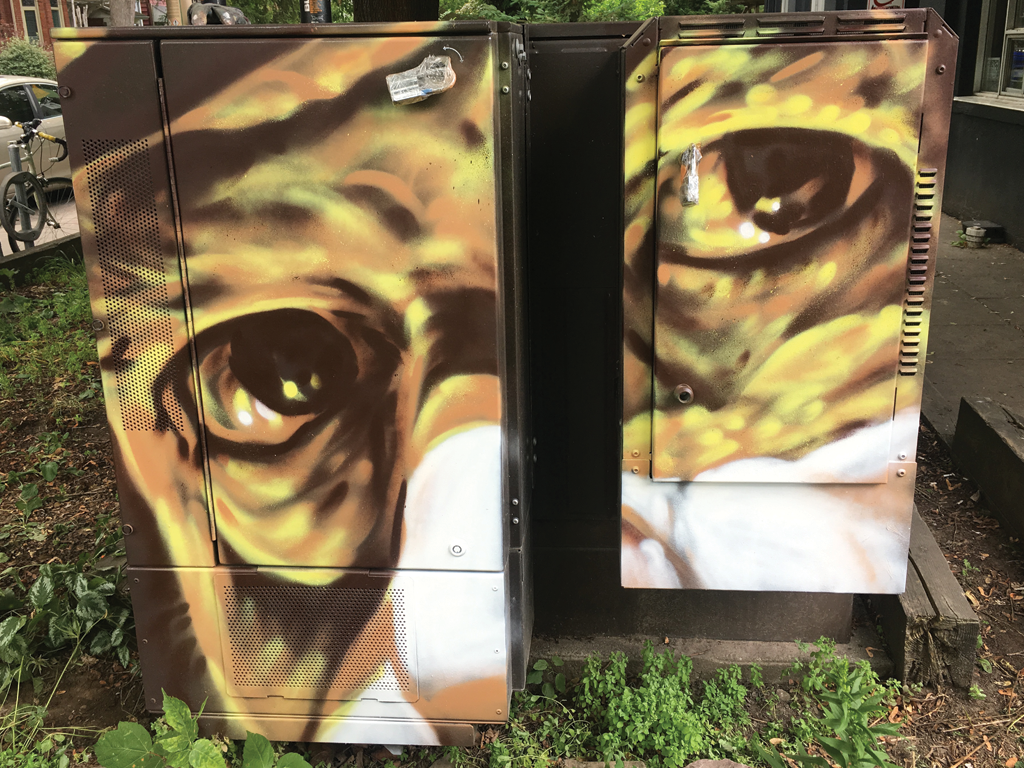 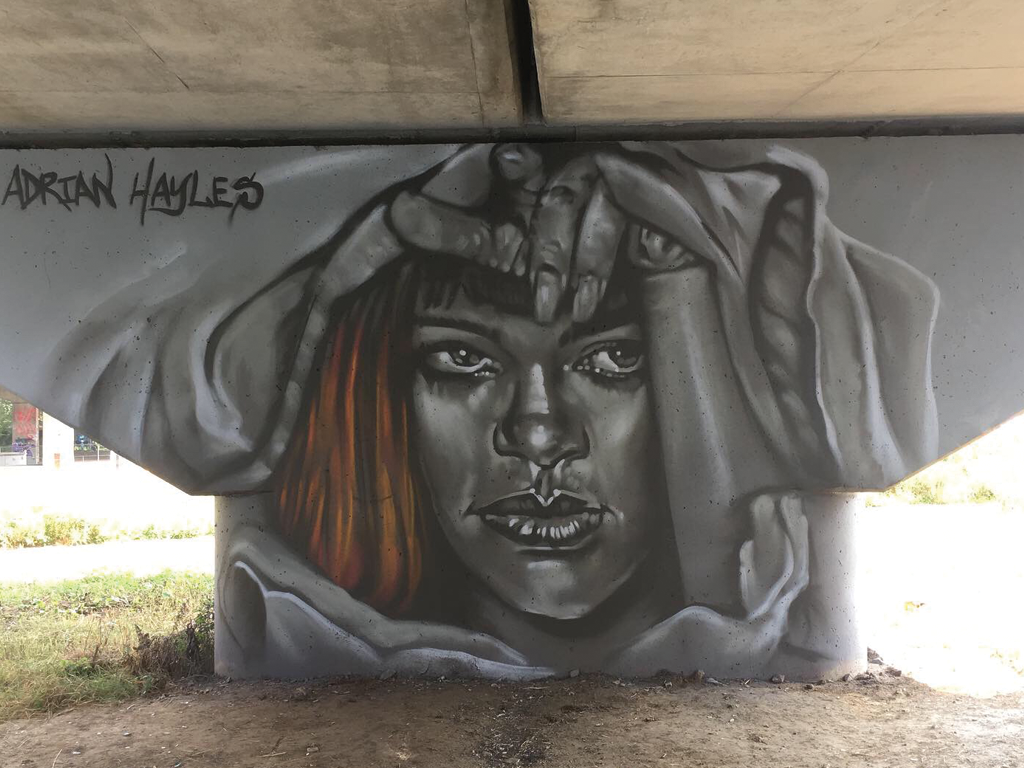 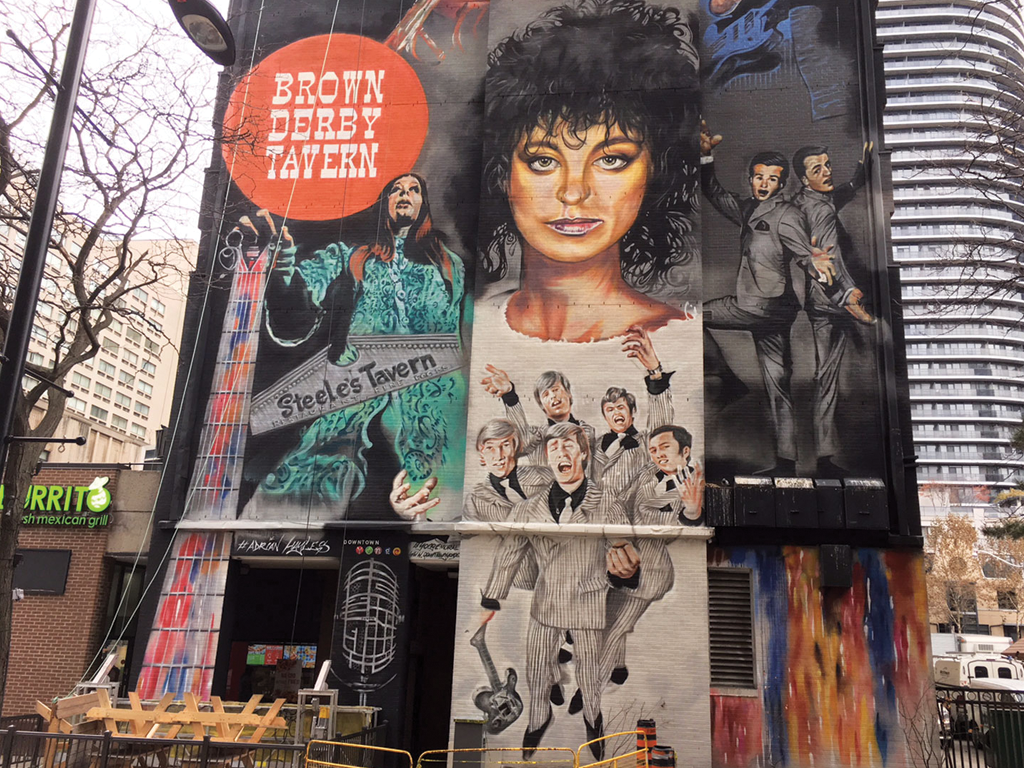 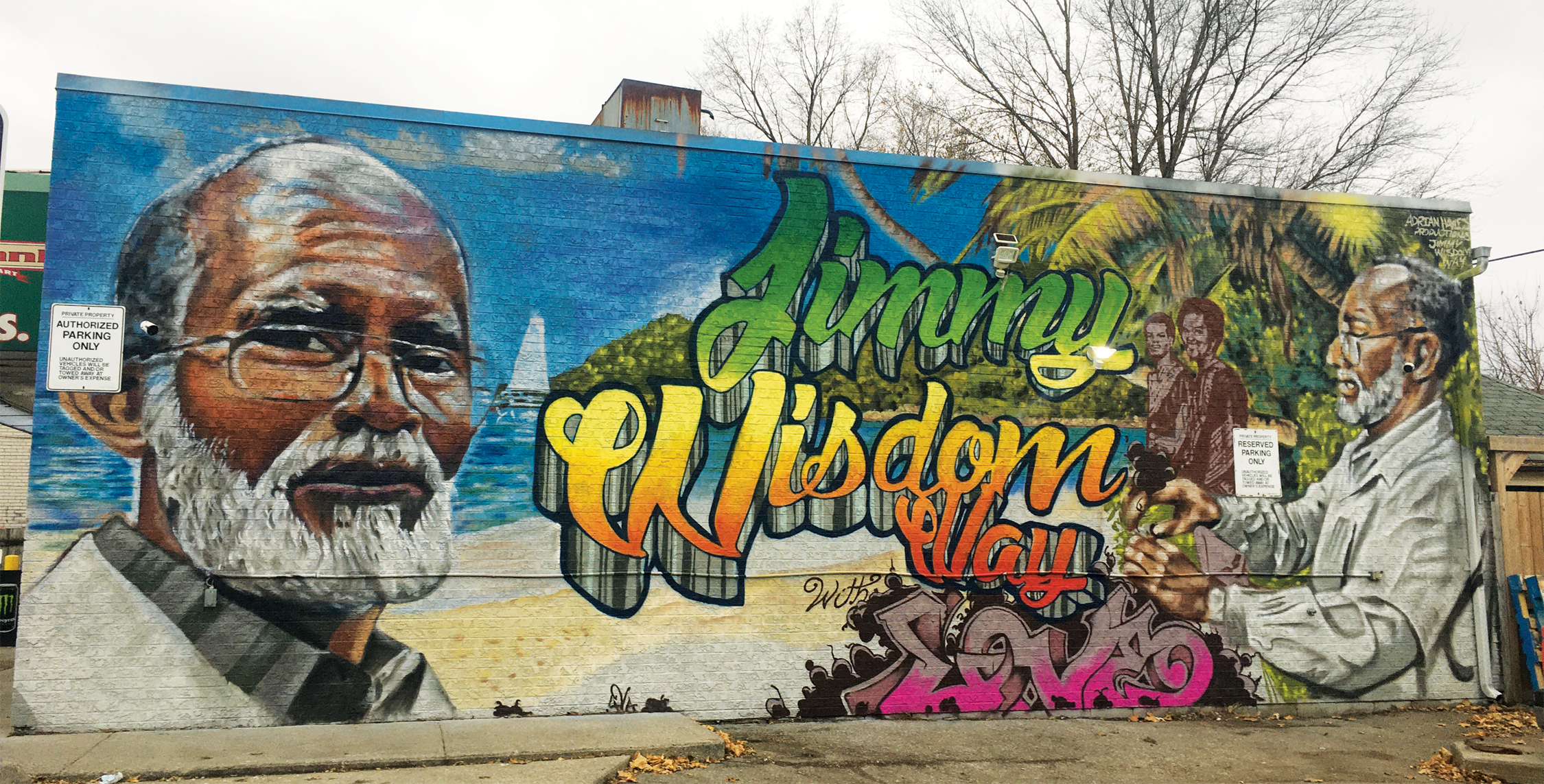 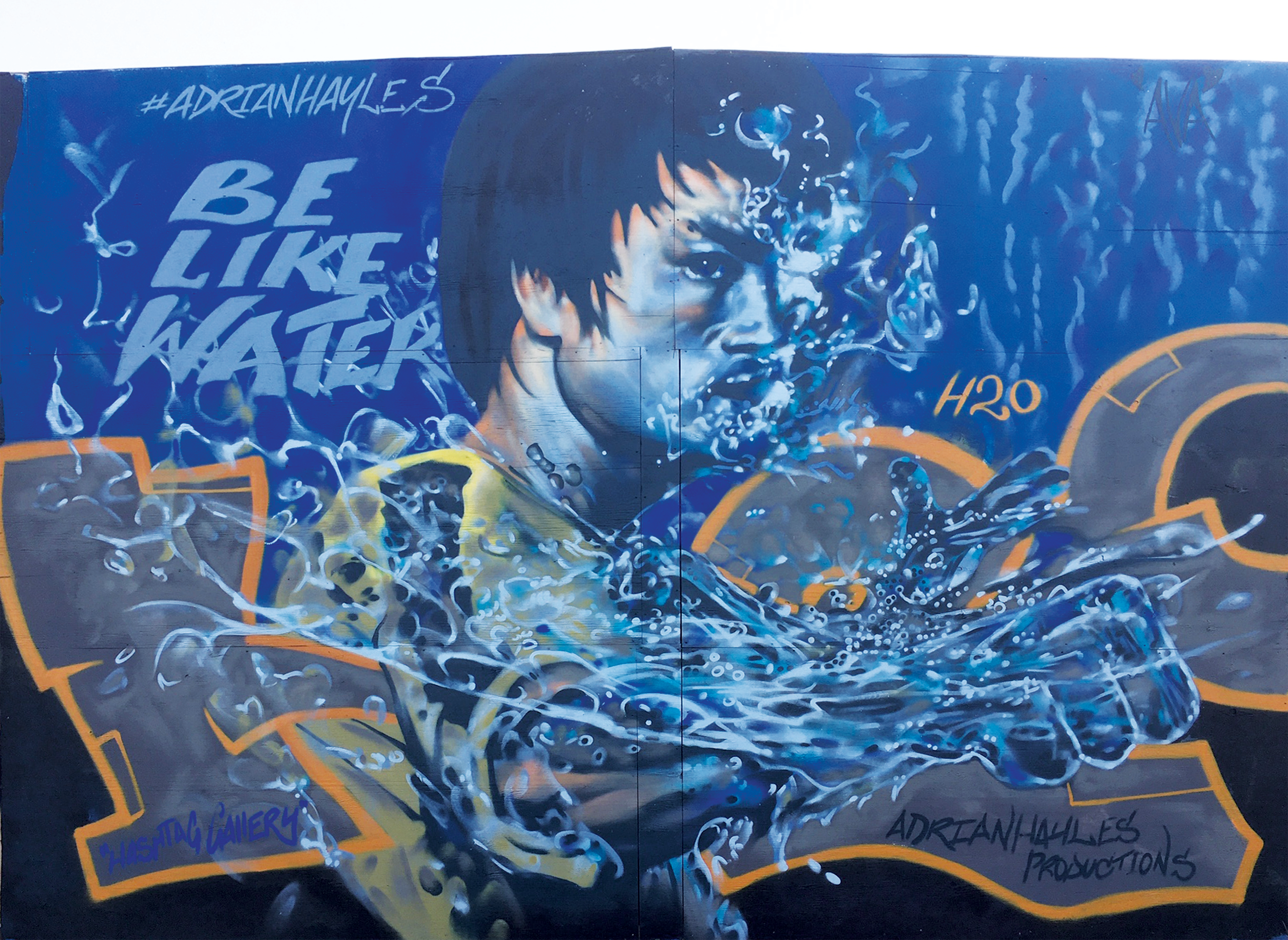 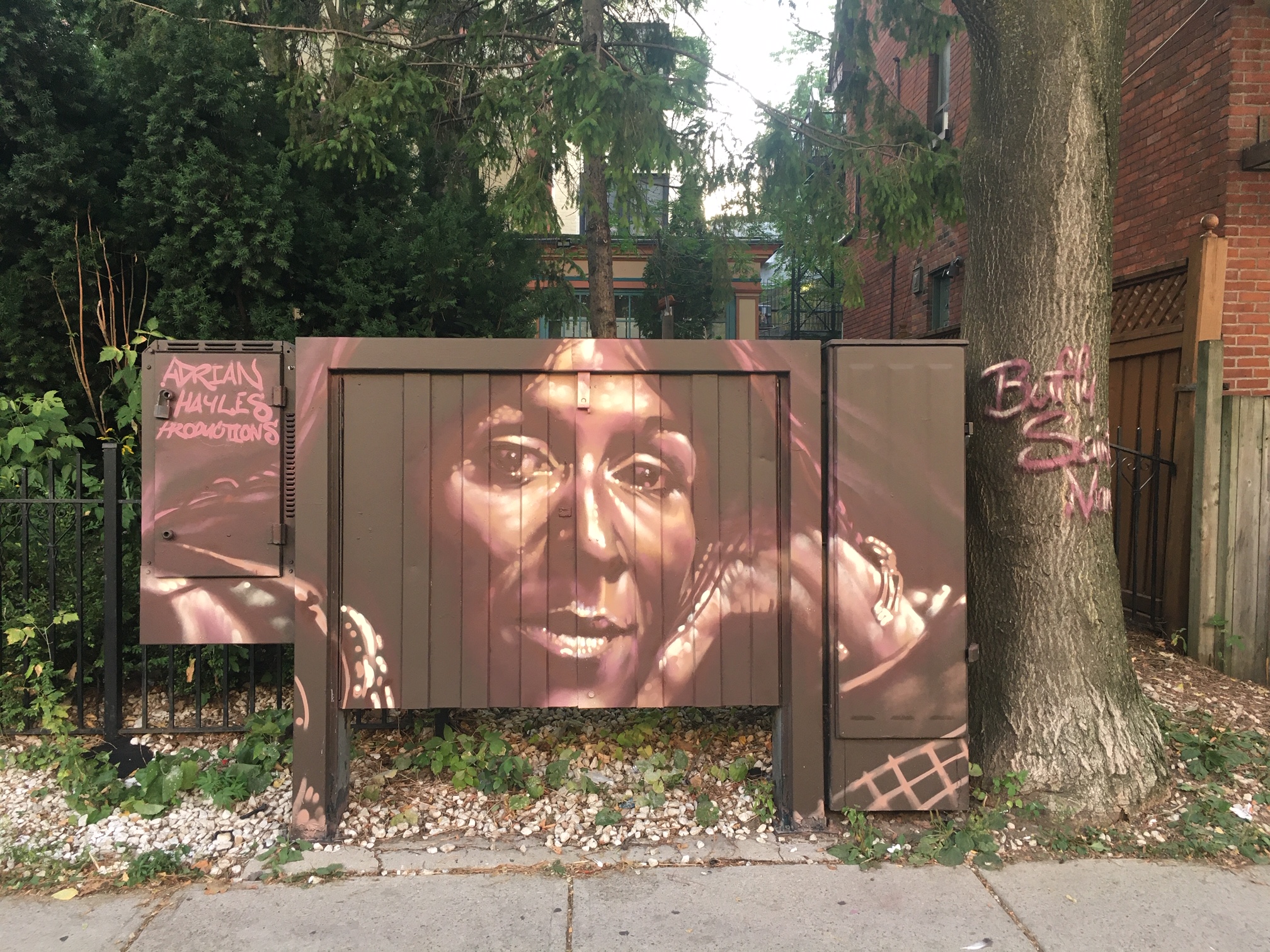