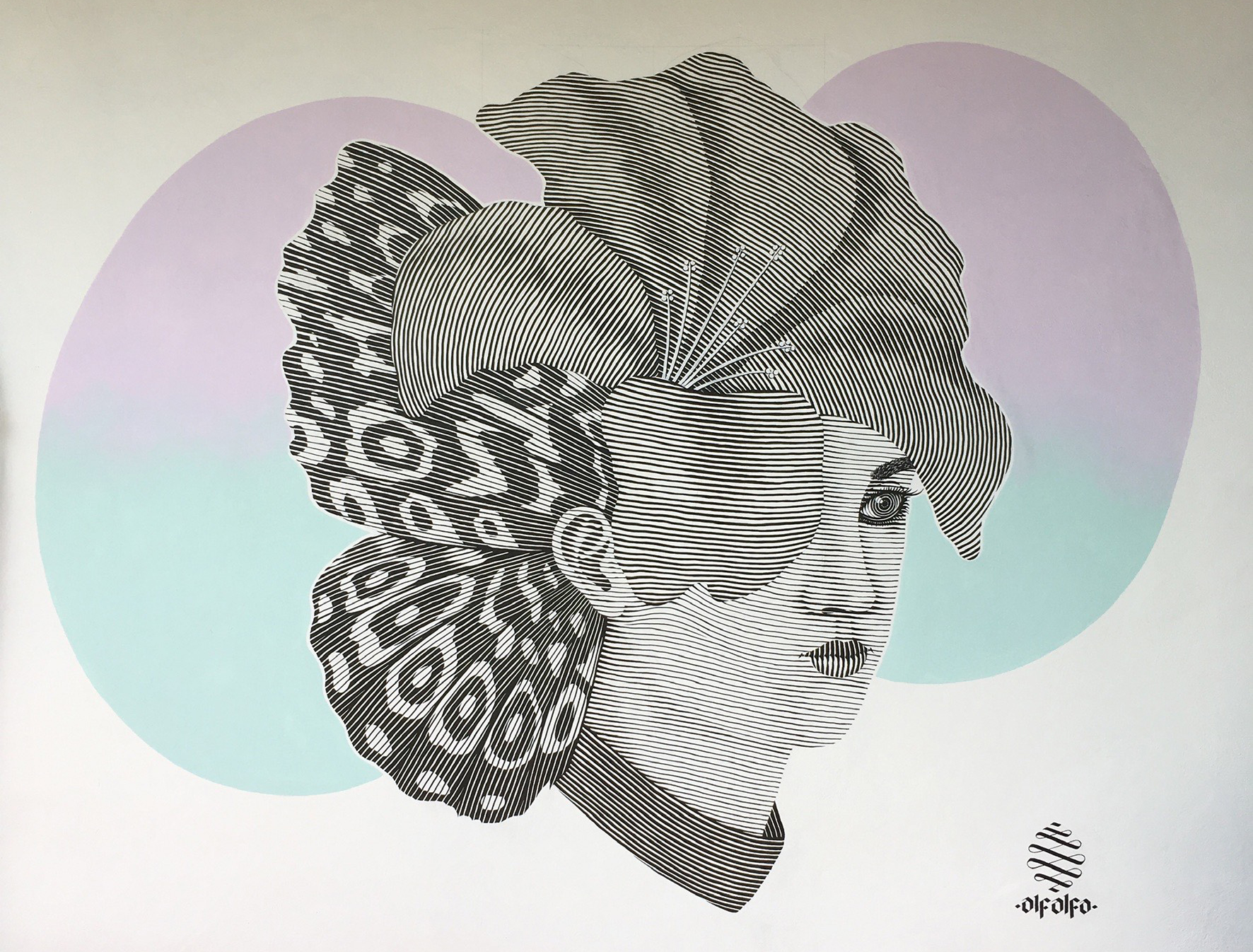 Nicolas Sanchez (AKA AlfAlfa) is a Venezuelan artist now based in Toronto. He began his artistic studies at an early age and later found a focus on mural painting in Uruguay at the School of Beaux Arts. He has supplemented his formal education through international art residencies and commissions, and has spent 4 years travelling the world, painting in 3 continents and 25 countries.

AlfAlfA considers himself a draftsman, using techniques based on vintage etchings and engravings, with a particular focus on the perspectival effects of variations of the thickness of lines. His artwork frequently depicts animal-human hybrids, using a Dada-esque collage style to create otherworldly, mythical beings. His artwork is meant to evoke humour through its irony; a reflection of our own condition as human beings. AlfAlfA uses digital collage to develop his sketches, then translates them into lines with an intuitive process that takes part on the canvas or wall. He considers himself a minimalist in terms of materials, using mostly black and white inks and paints, but a maximalist when it comes to detail. 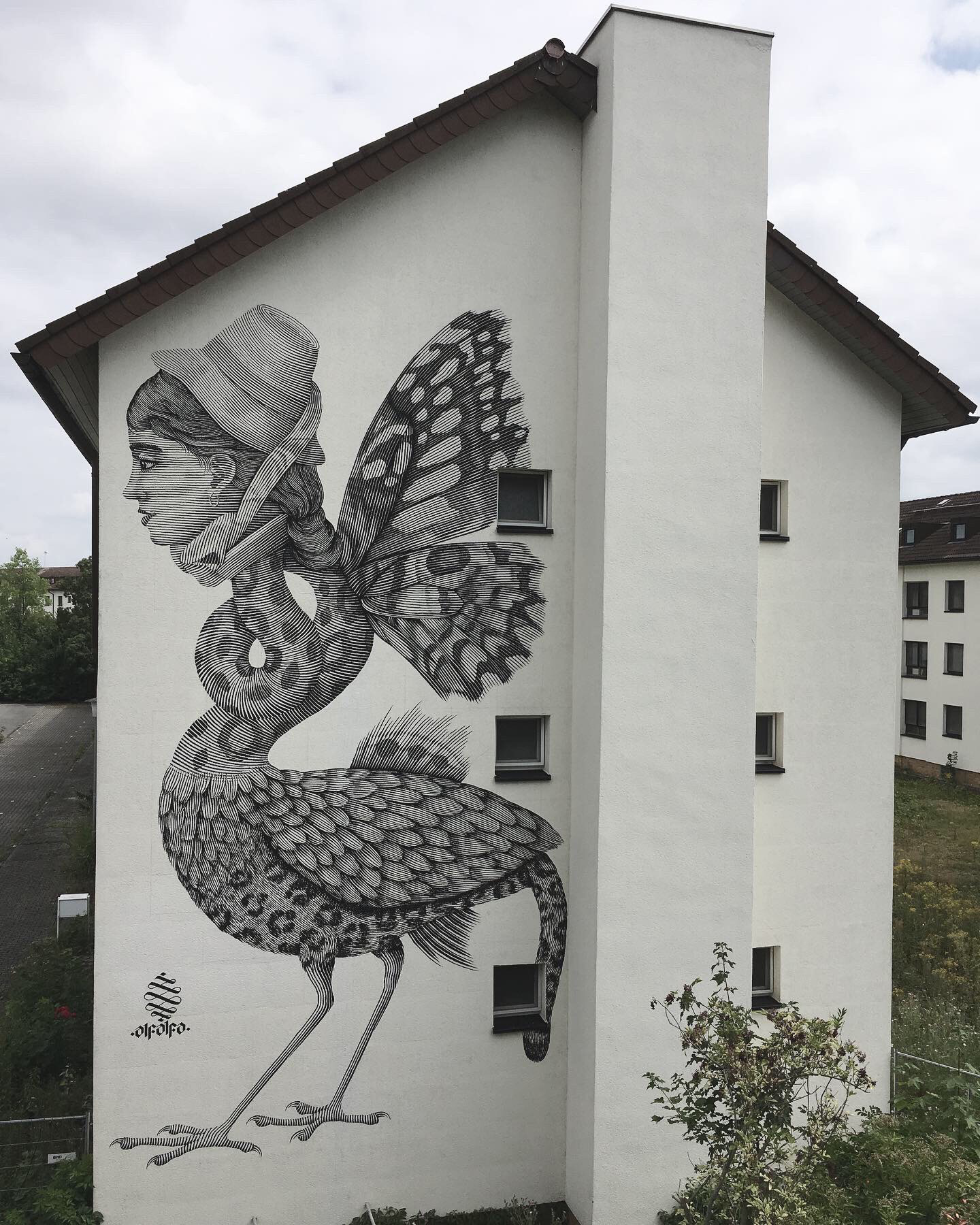 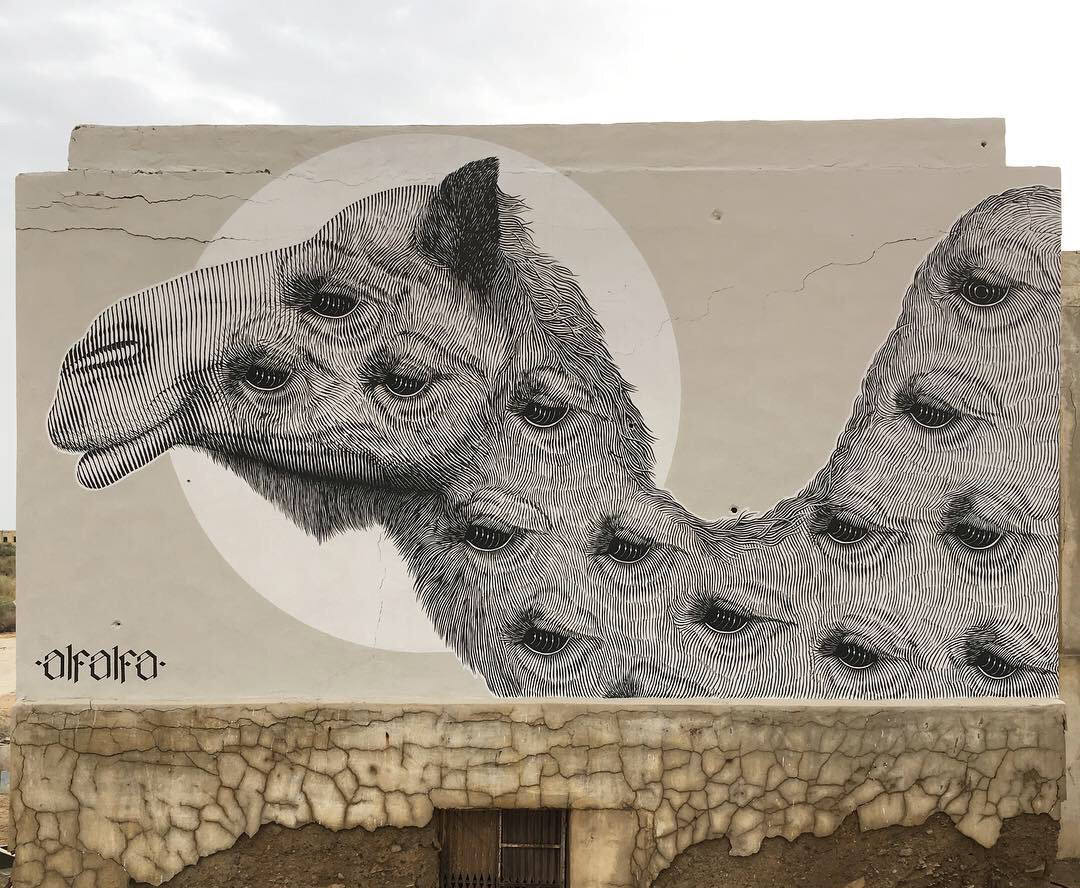 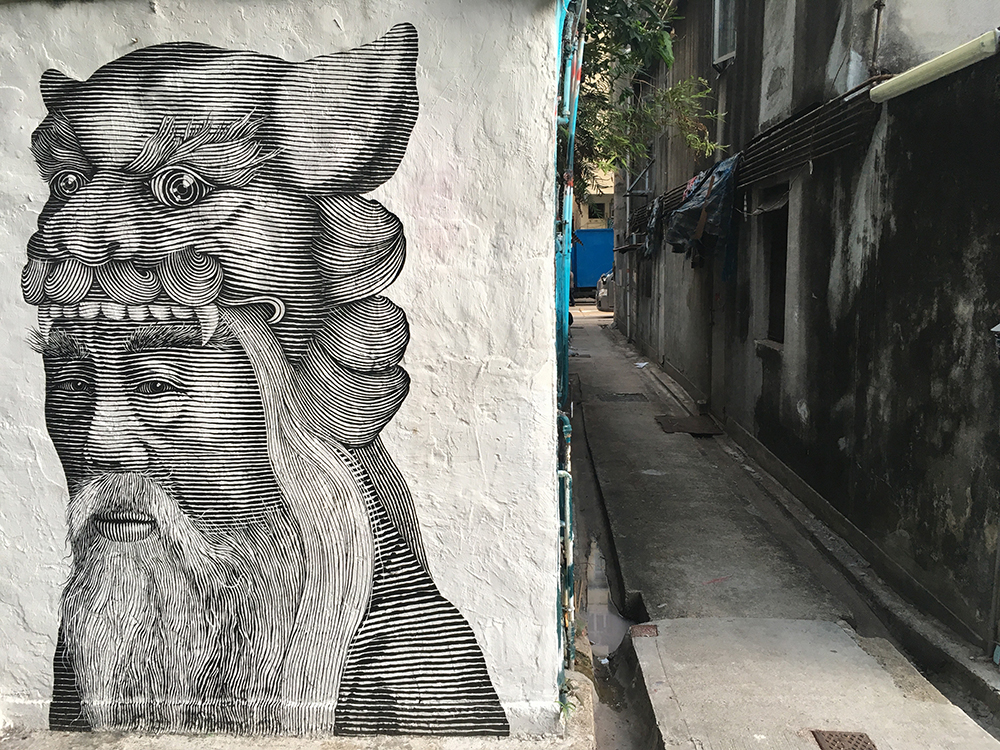