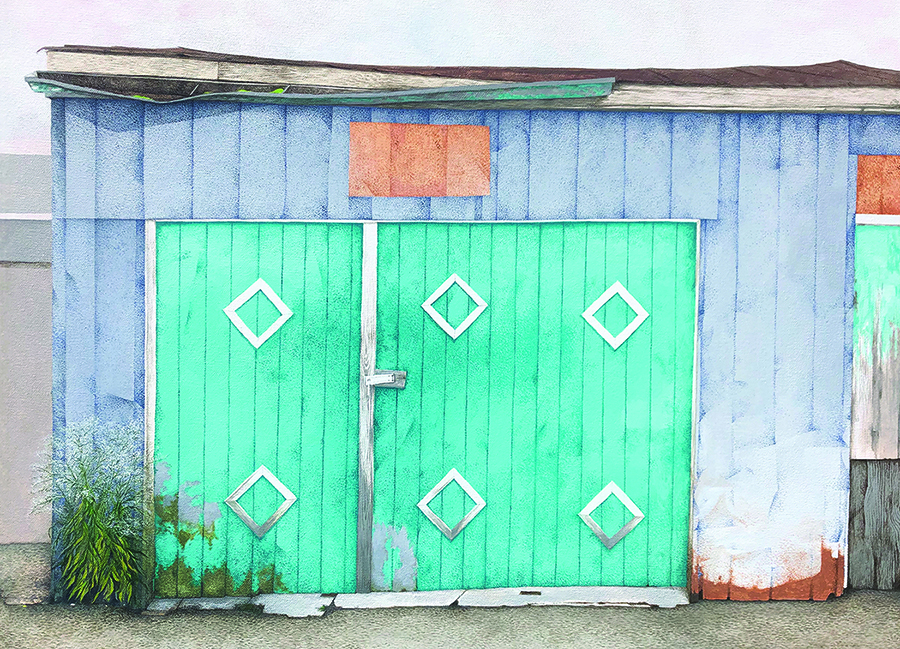 Emily MacLennan graduated from the Nova Scotia College of Art and Design in 2000 with a Bachelor of Design. During her first two years at NSCAD, MacLennan completed a foundation program that involved rigorous training in drawing, photography, and the study of art history. MacLennan later worked as a graphic designer across a variety of industries, including architecture and environmental graphics. Around 2004, she began painting regularly; this kind of image-making felt natural to MacLennan, complementing the work she was doing professionally. She has devoted increasingly more of her time and effort to developing an artistic style and direction. MacLennan now paints every day and has completed a handful of commissions.

The predominant subject of MacLennan’s work over the past few years has been the back-alleys of Little Portugal and Parkdale. These alleyways are ironically serene and still locations – sandwiched between frenetic blocks of city – where interesting and unusual colours, textures and shapes meet in unintended, and sometimes clever, ways. MacLennan enjoys finding a view that appeals to her sense of design, and humour, in an otherwise utilitarian and overlooked part of the urban landscape. 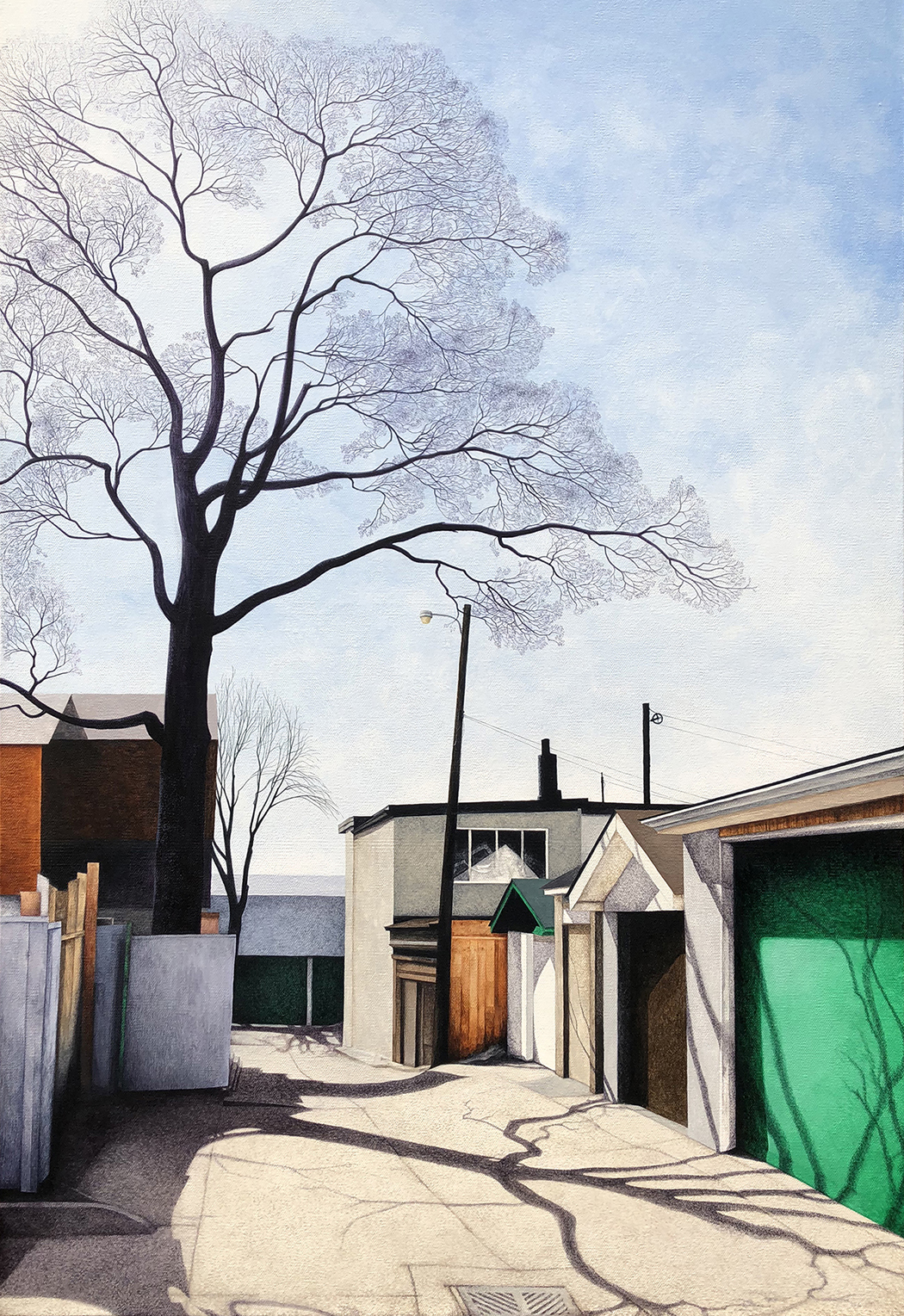 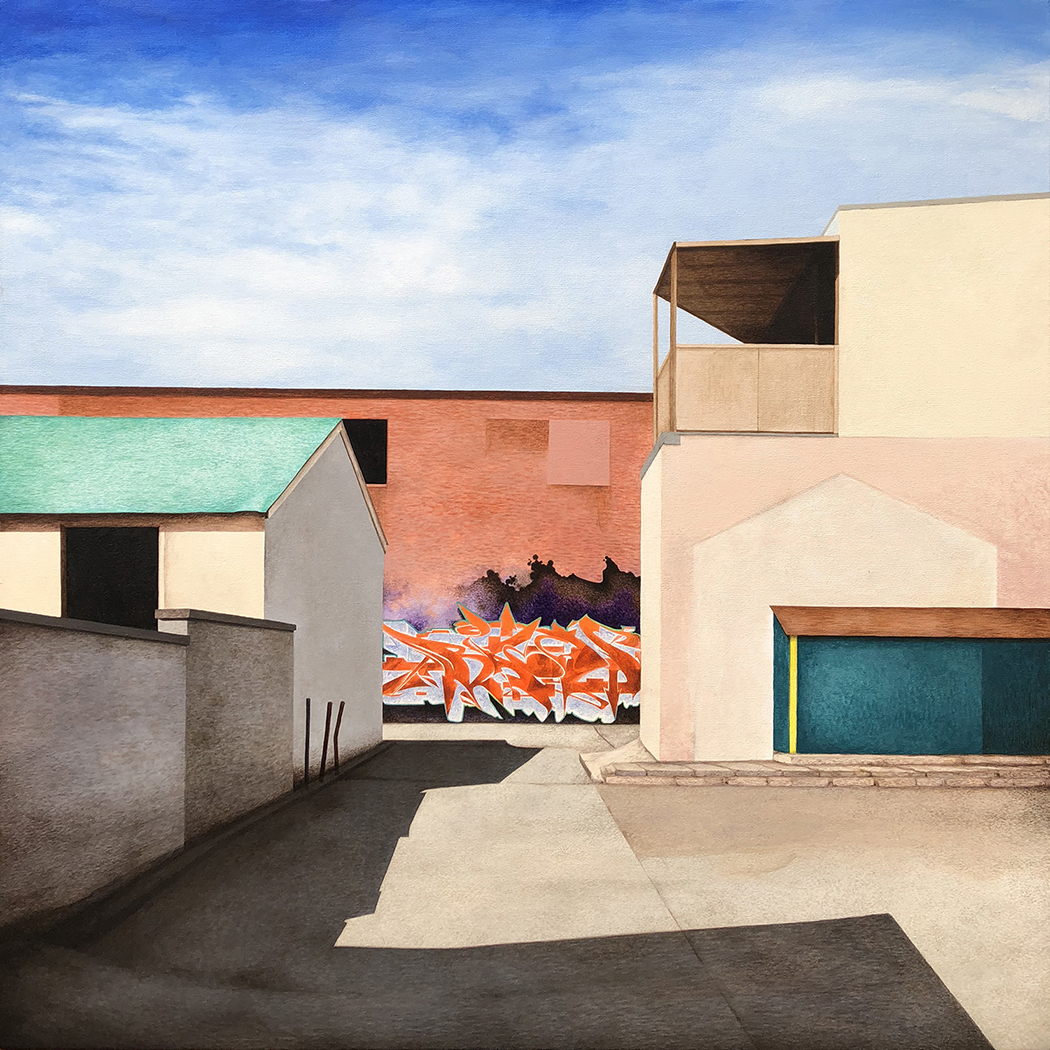 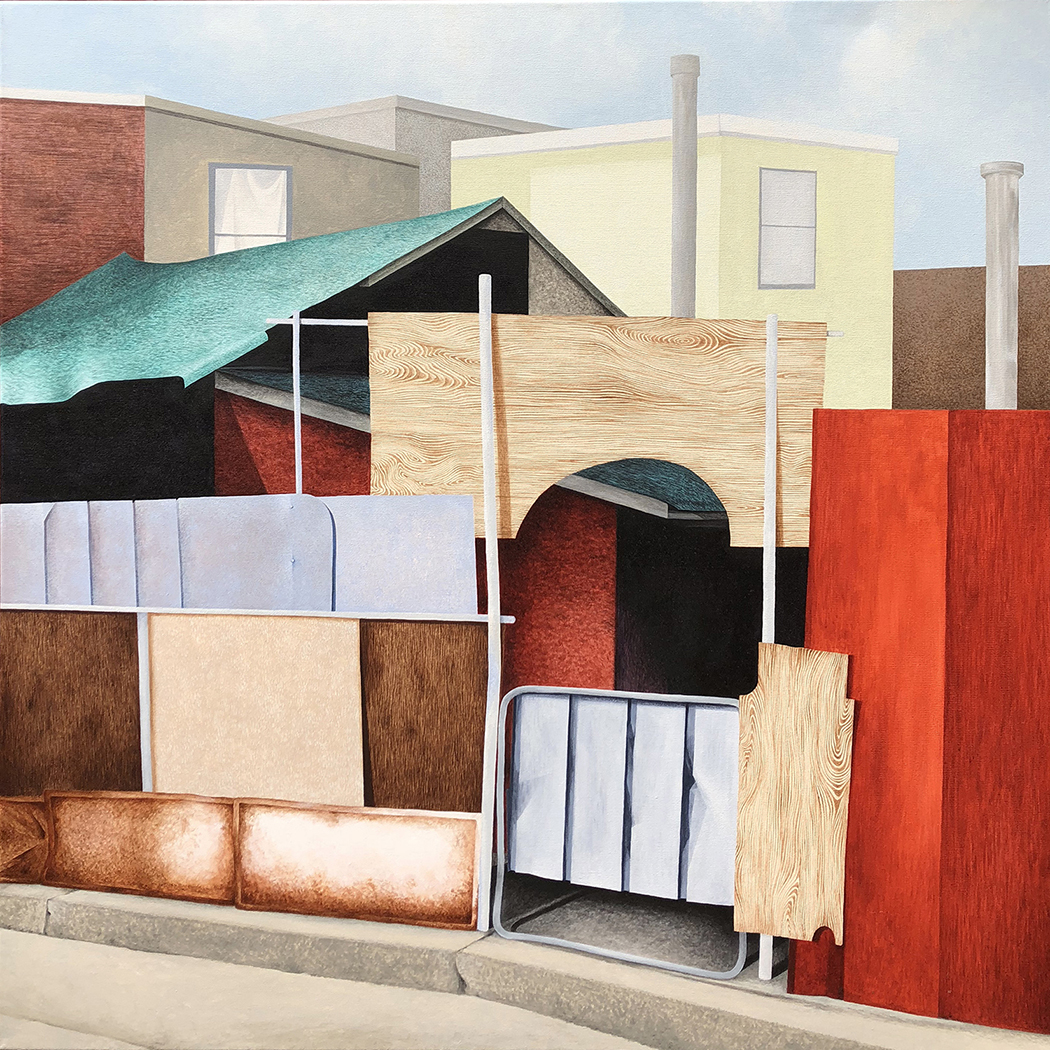