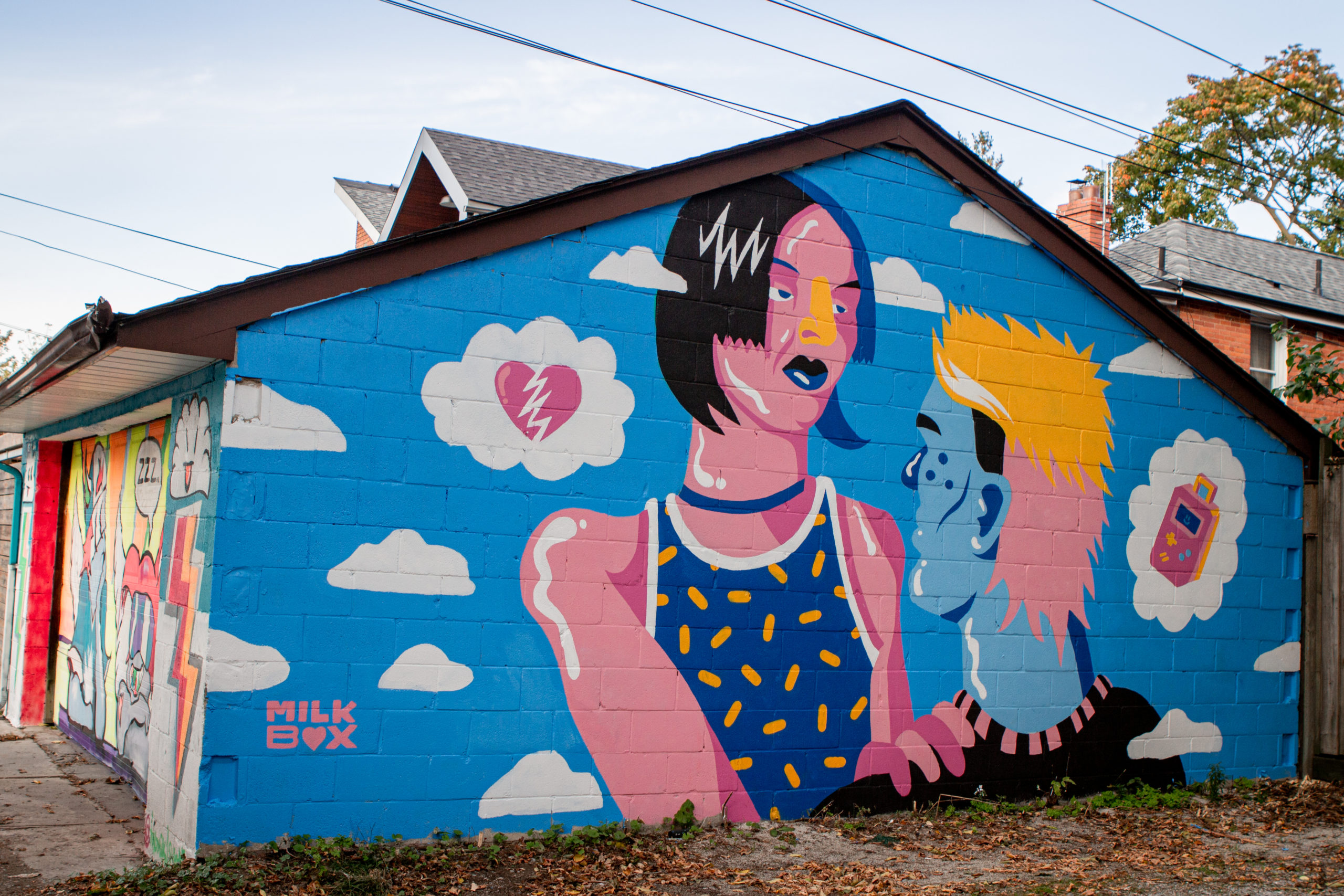 Kayla Buium, the street artist, known as Milkbox, is a muralist and illustrator from Toronto, Canada. She uses bright colours and rubbery characters to spread positive messages to her community. Milkbox gained recognition for her work while studying at OCAD University in Toronto. Throughout her studies, she was approached by Uber Eats, Tim Hortons, The Hilton Hotel, and was featured in “Its Nice That” Magazine. However, Milkbox dreamed of painting large-scale murals, assisting alongside internationally acclaimed street artists such as Okuda San Miguel, Alfalfa, Birdo and Ola Volo in order to develop her skills as a mural artist.

Milkbox has collaborated with musician Scott Helman on his “Evergreen” climate change awareness campaign, donated a mural to the city of Flint, Michigan, and brought many beautiful projects to life on walls in her hometown. 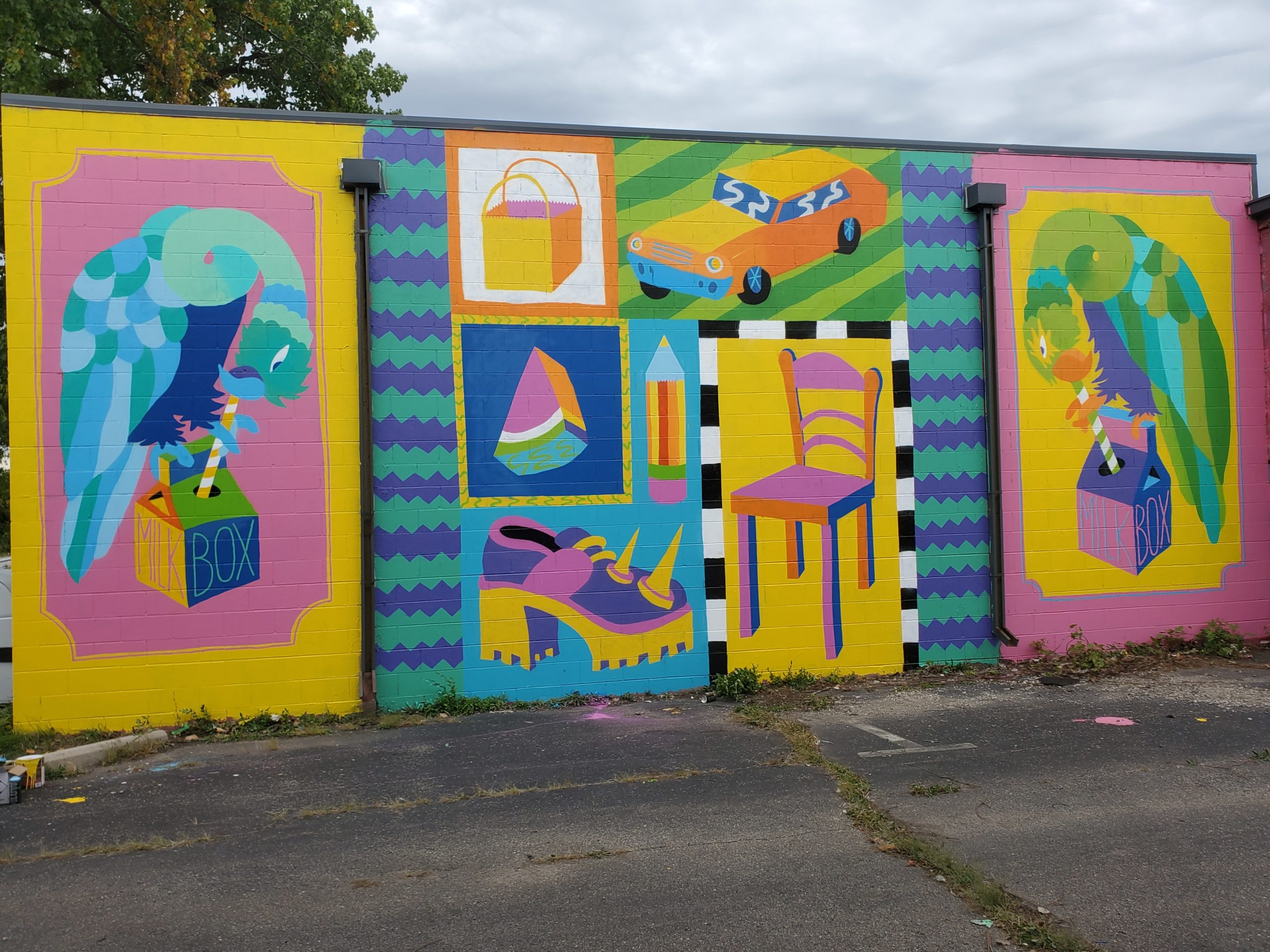 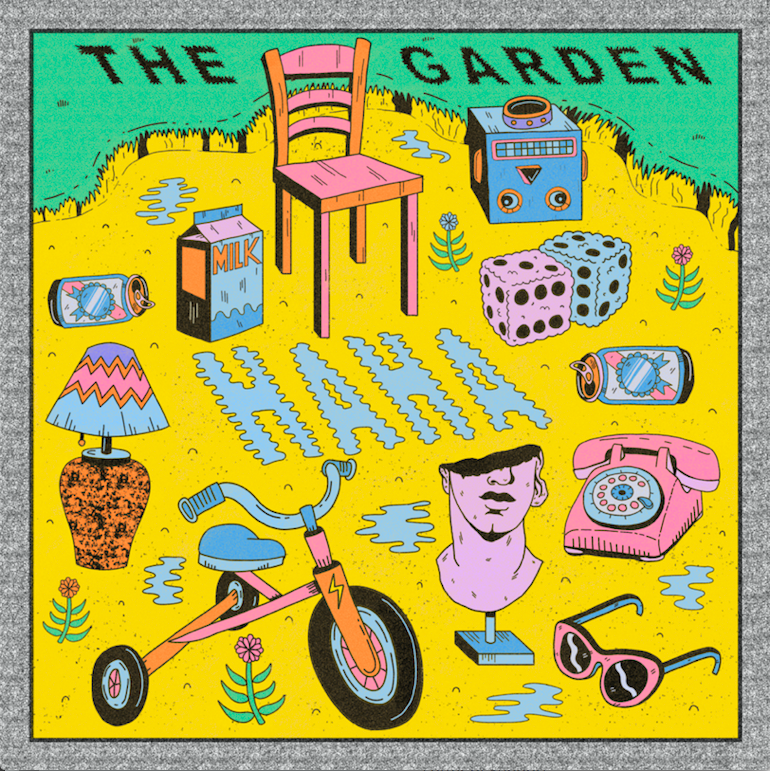 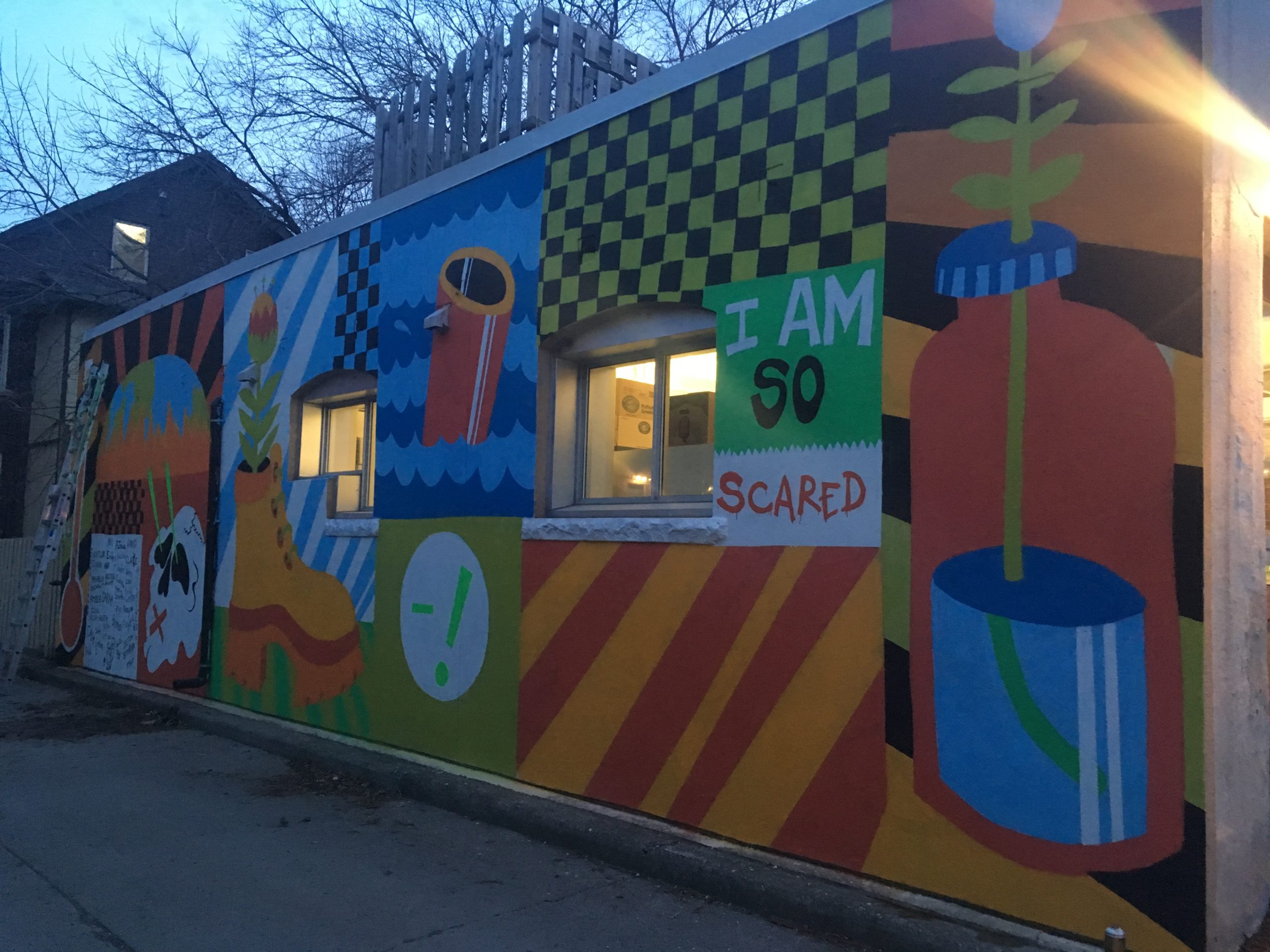 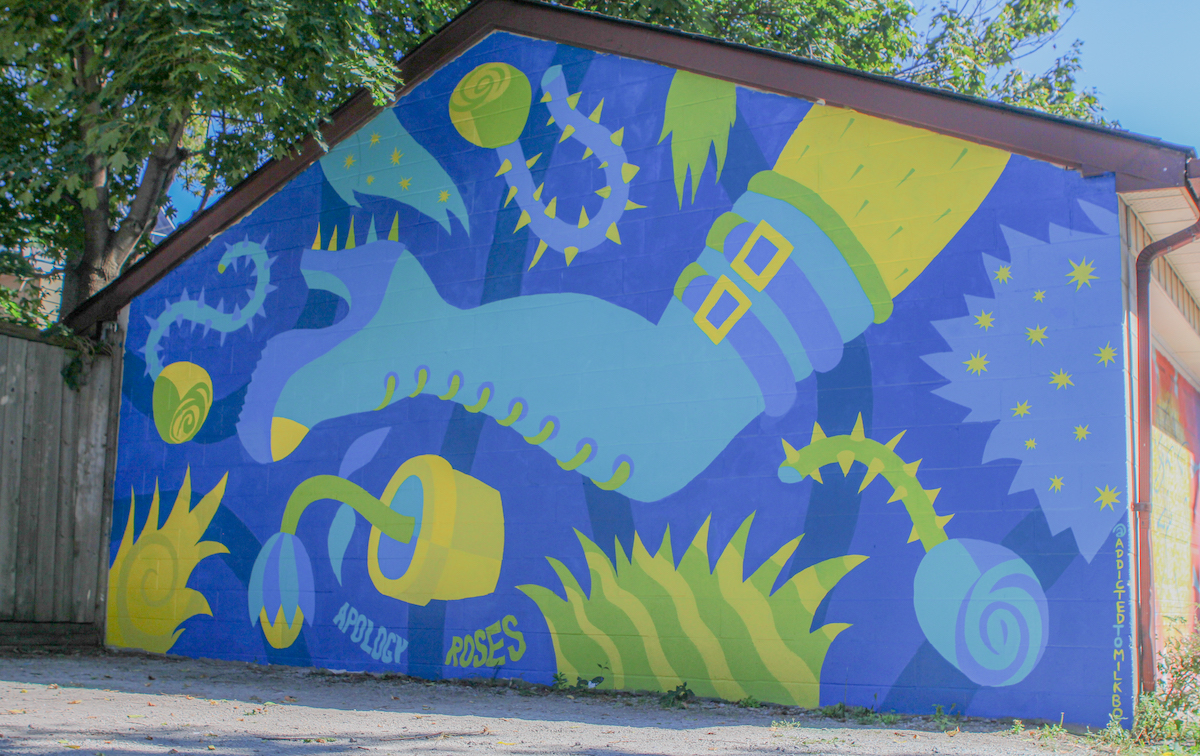 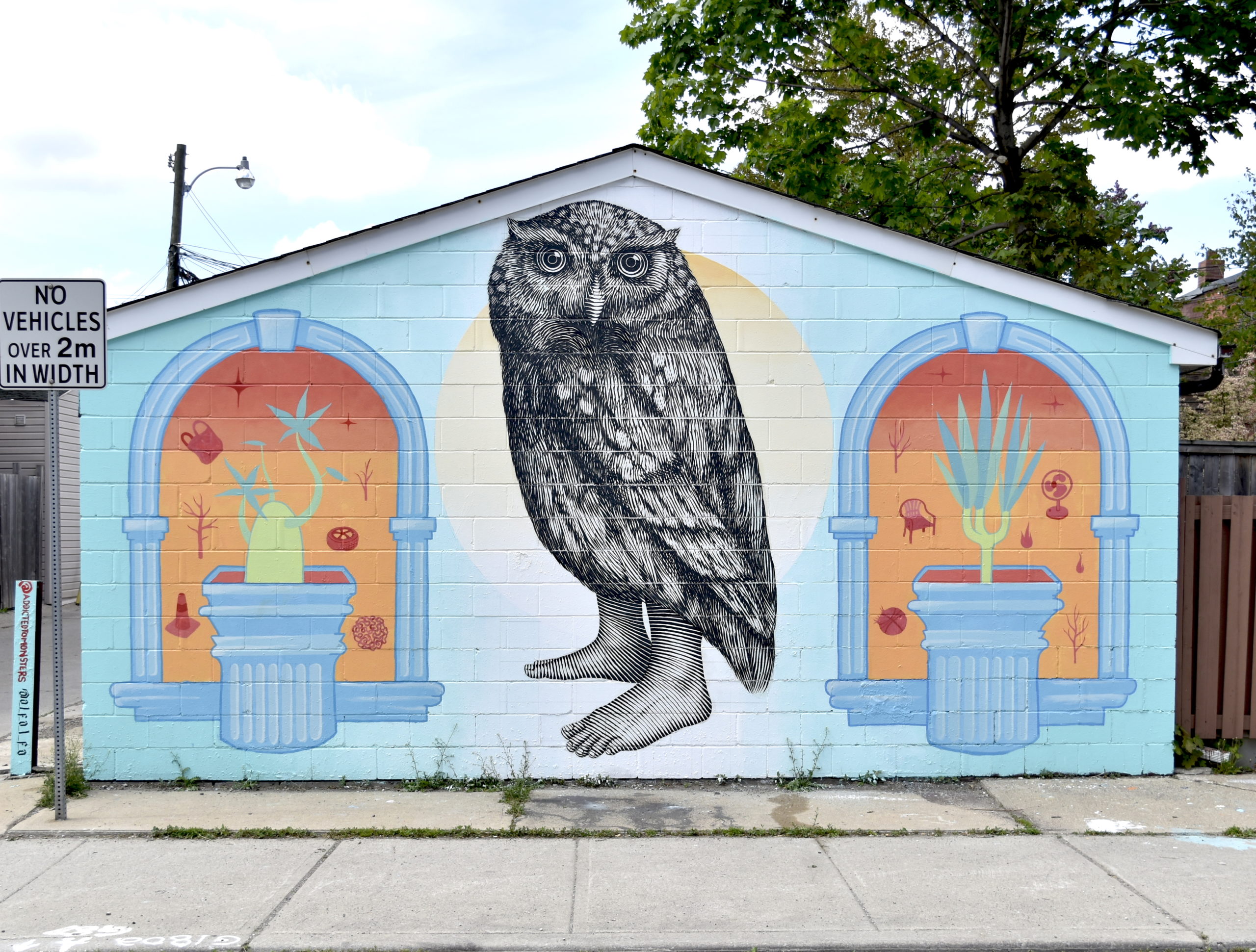 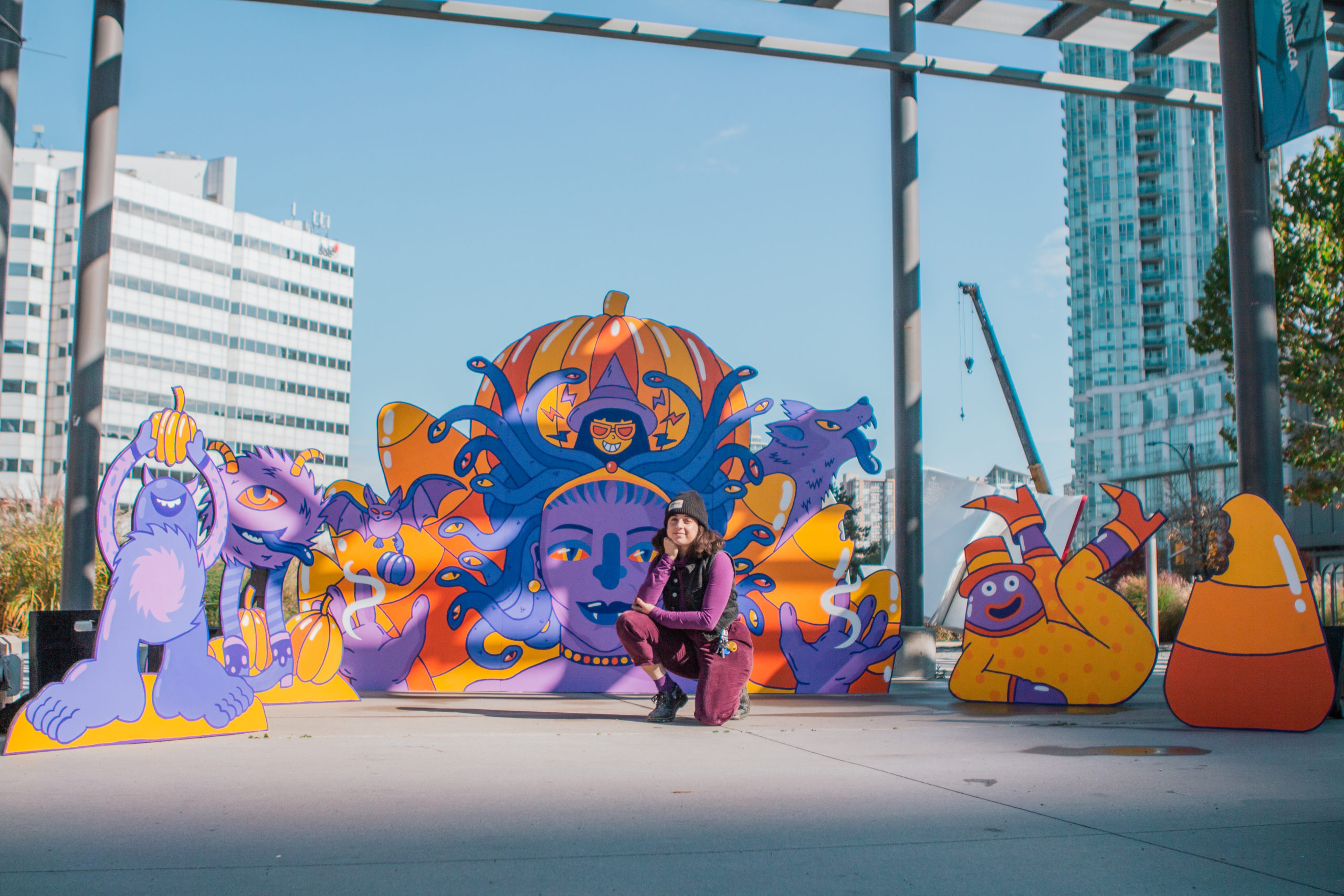 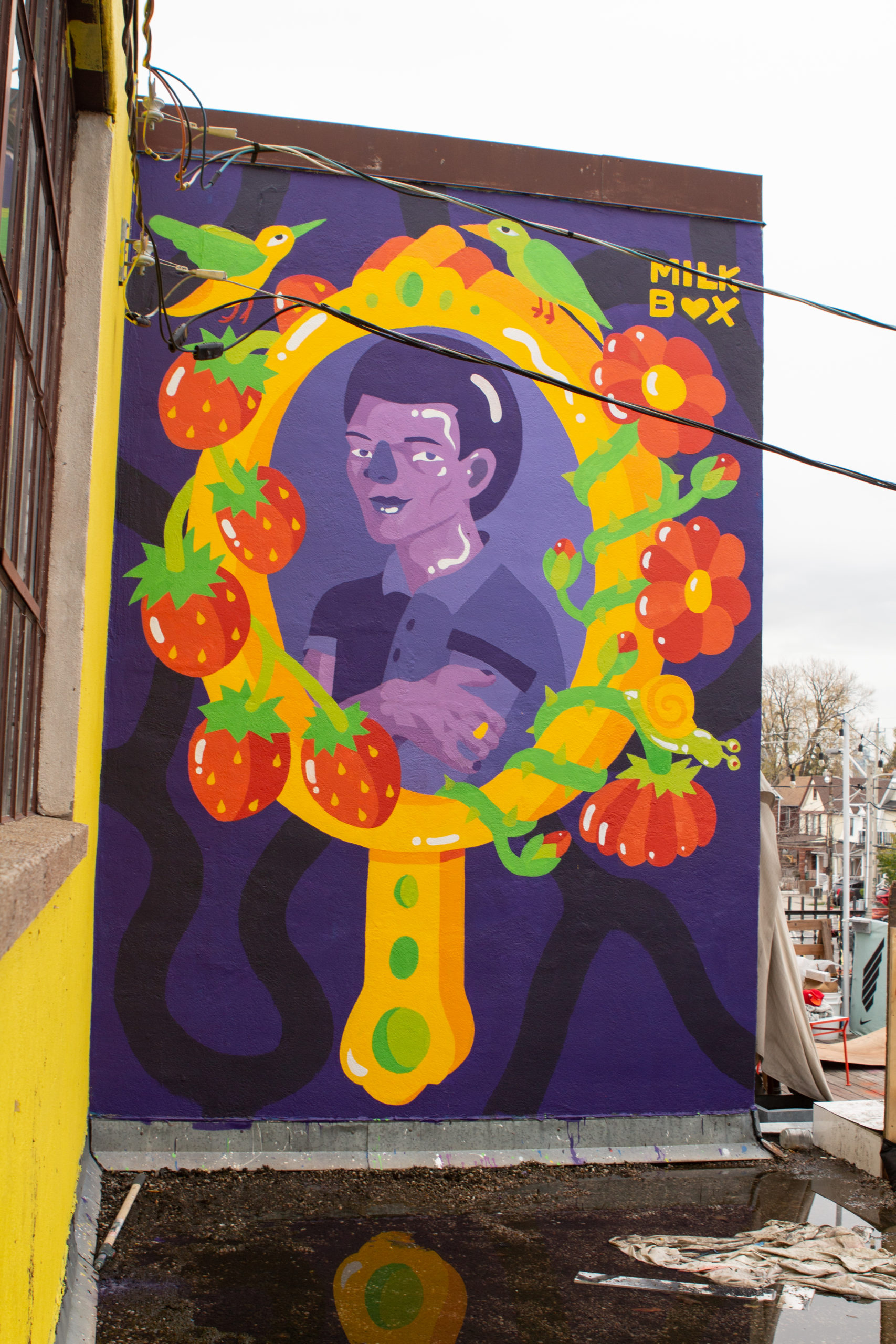 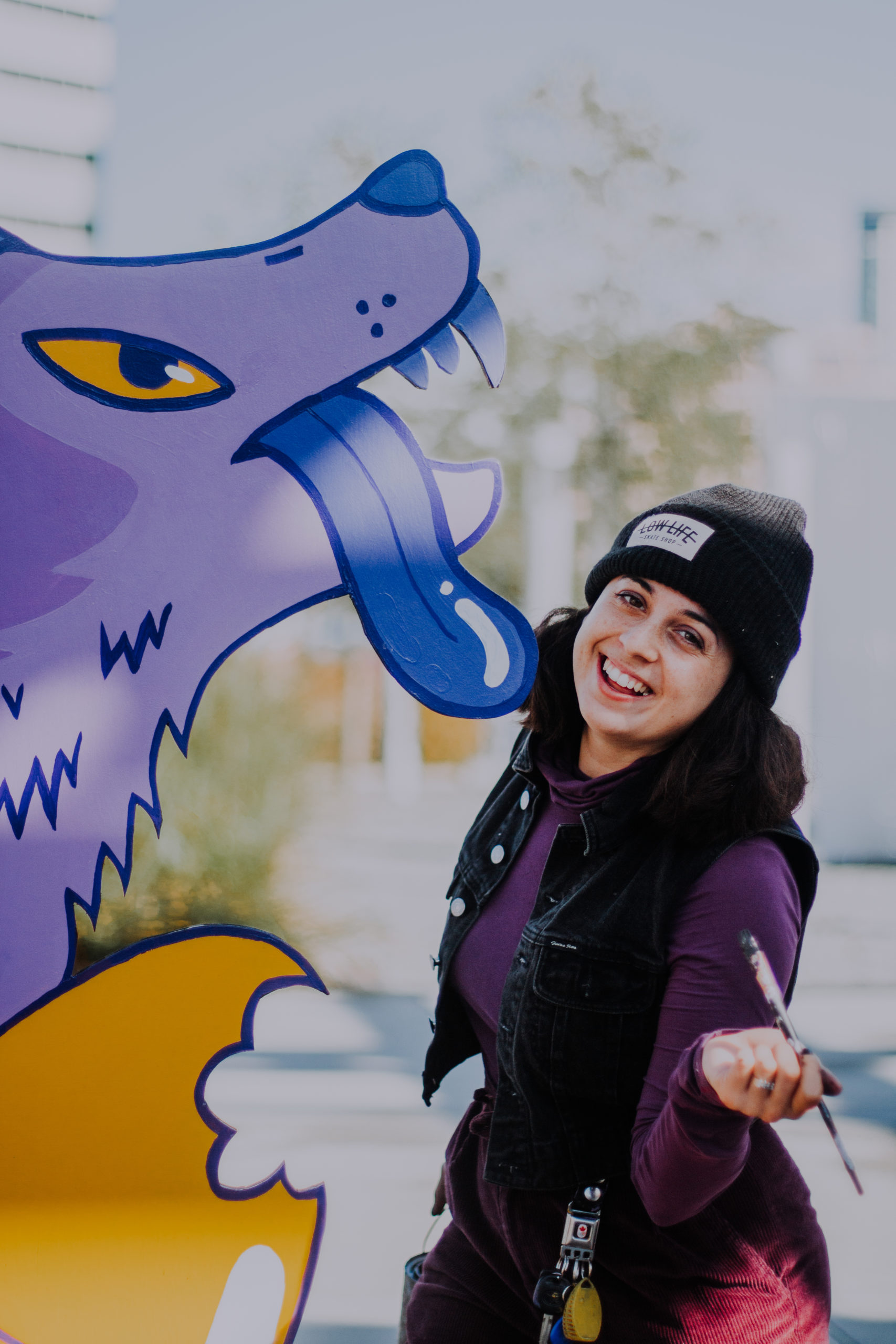