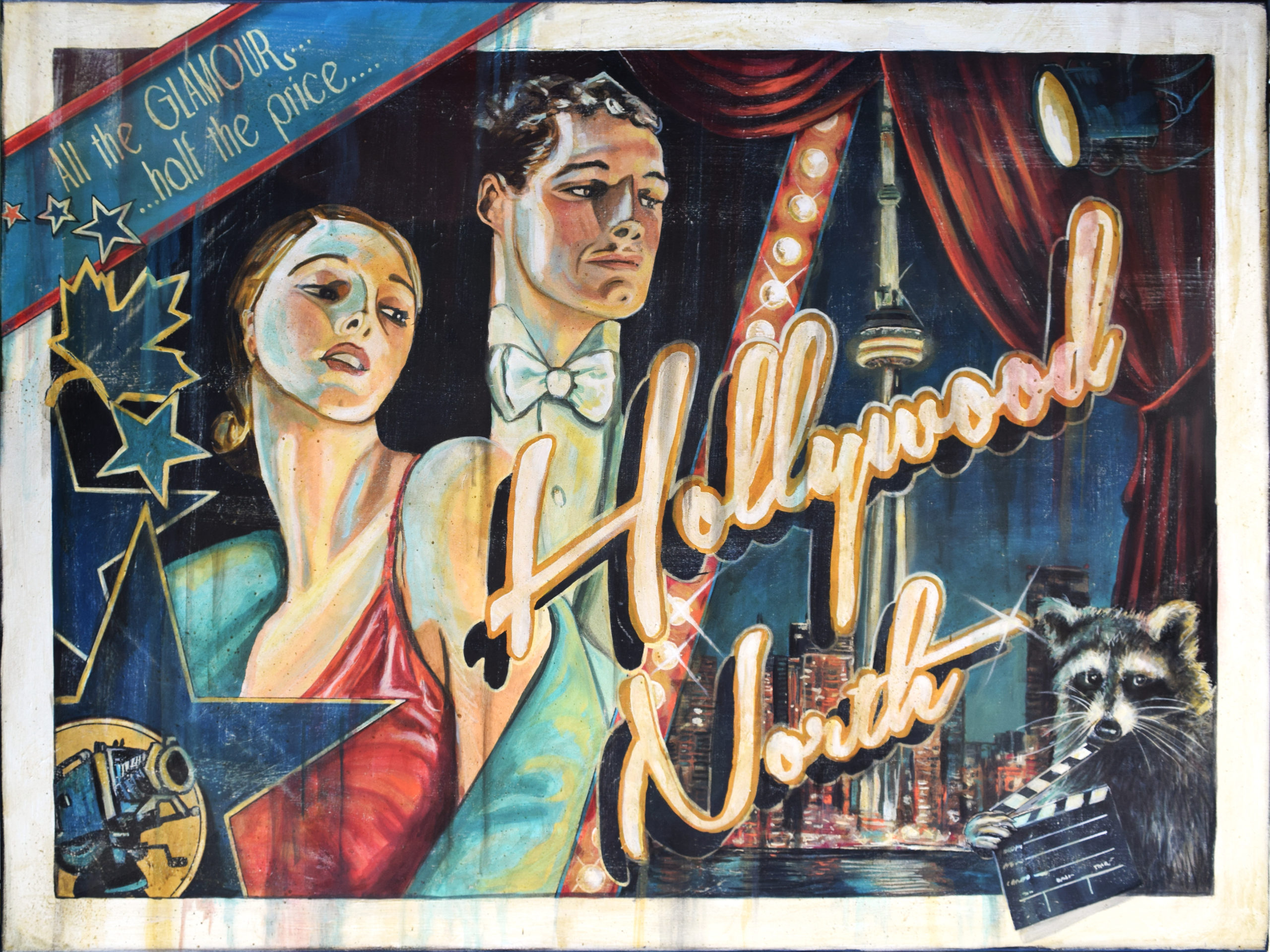 Rob is a professional artist living in east Toronto. In the last 15 years, he has shown his art in over 150 juried & solo exhibitions and has completed over 1,500 works of art. Rob has participated in The Toronto International Art Fair, The Artist Project, as well as numerous art trade shows. He has gallery representation in a number of Canadian galleries and regularly shows his art in the USA. He is featured in "The Hogtown Project" coffee table book, and is represented in the City of Toronto’s permanent Art Collection. He was also commissioned by the TV series Bomb Girls, and Quill and Quire Magazine. Rob has been profiled on The Jealous Curator, Argyle Magazine, Neighbourhood Living Magazine, The SCA Journal, Spacing Magazine, and many others. Rob's vintage-style work is instantly identifiable! It is quite playful, mostly clever, slightly twisted, and often has a "pocket-sized" political edge. 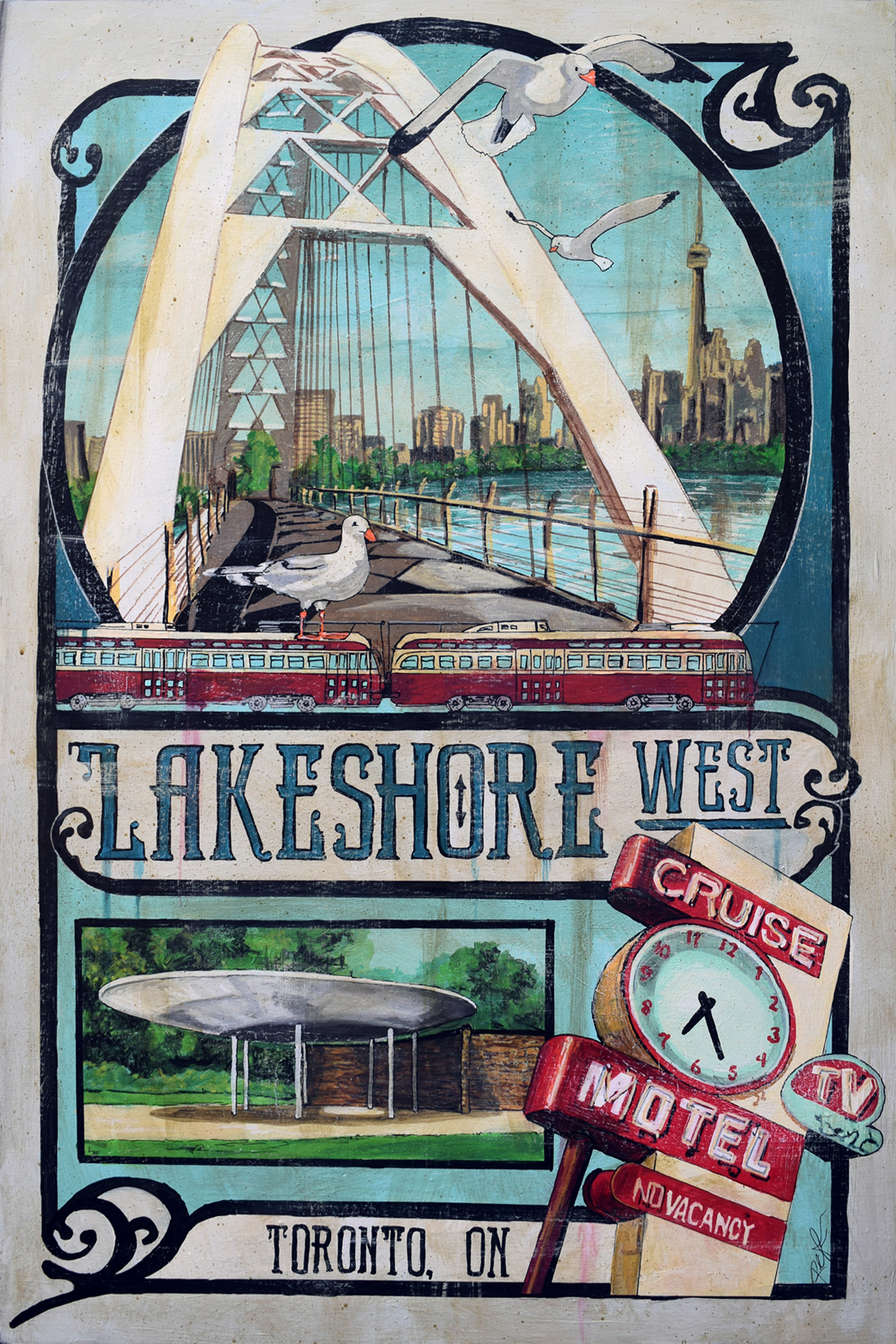 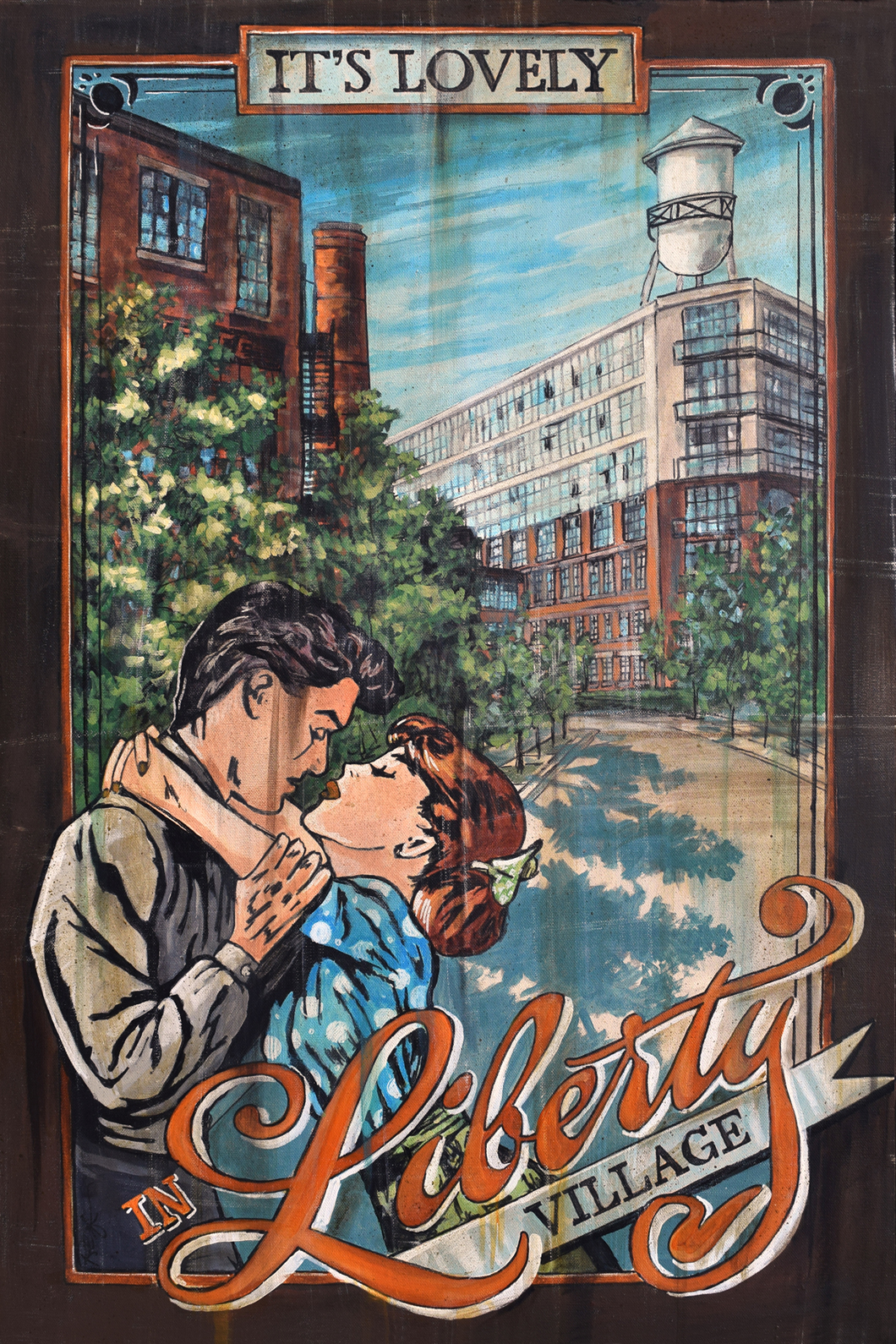 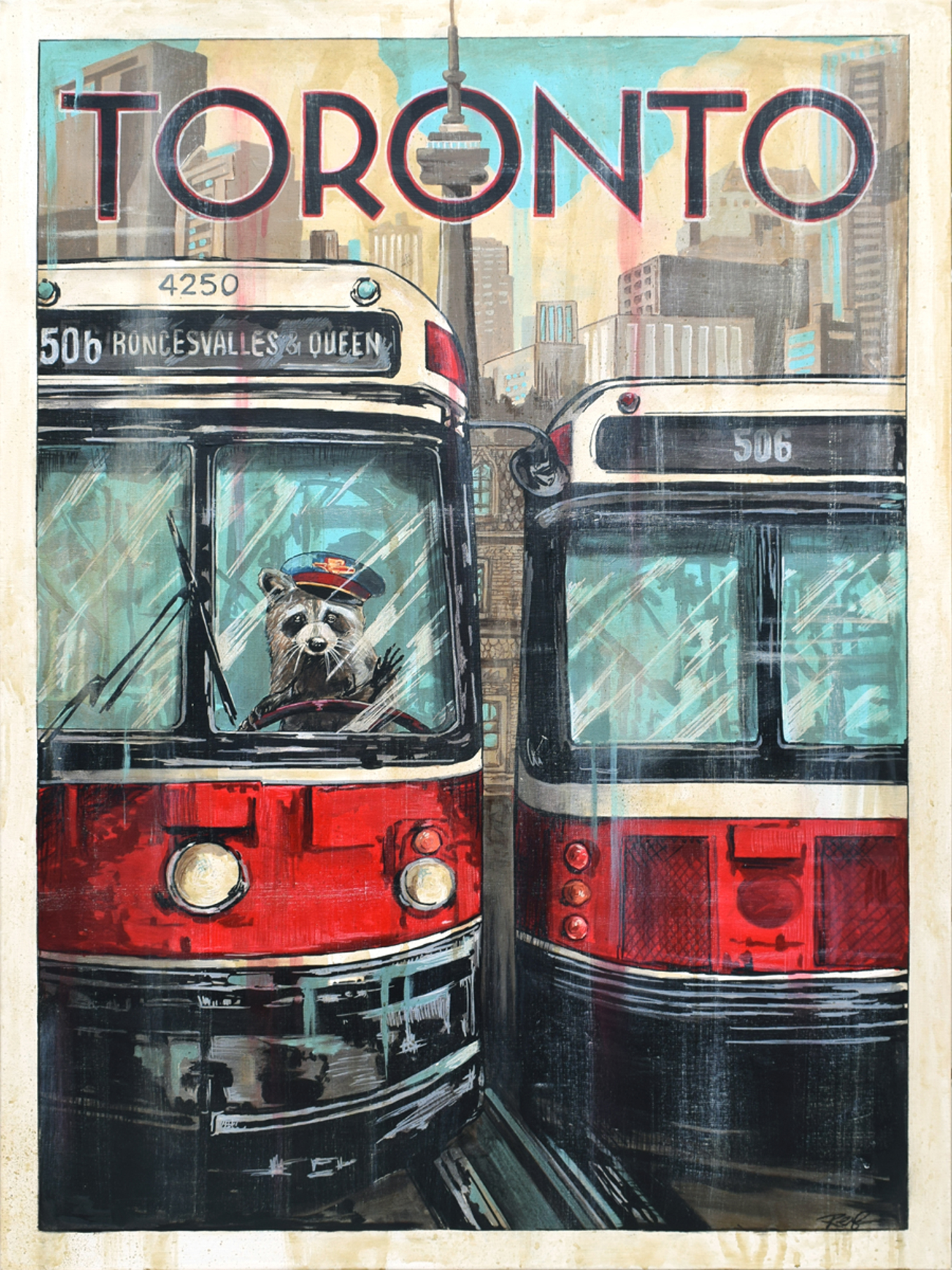