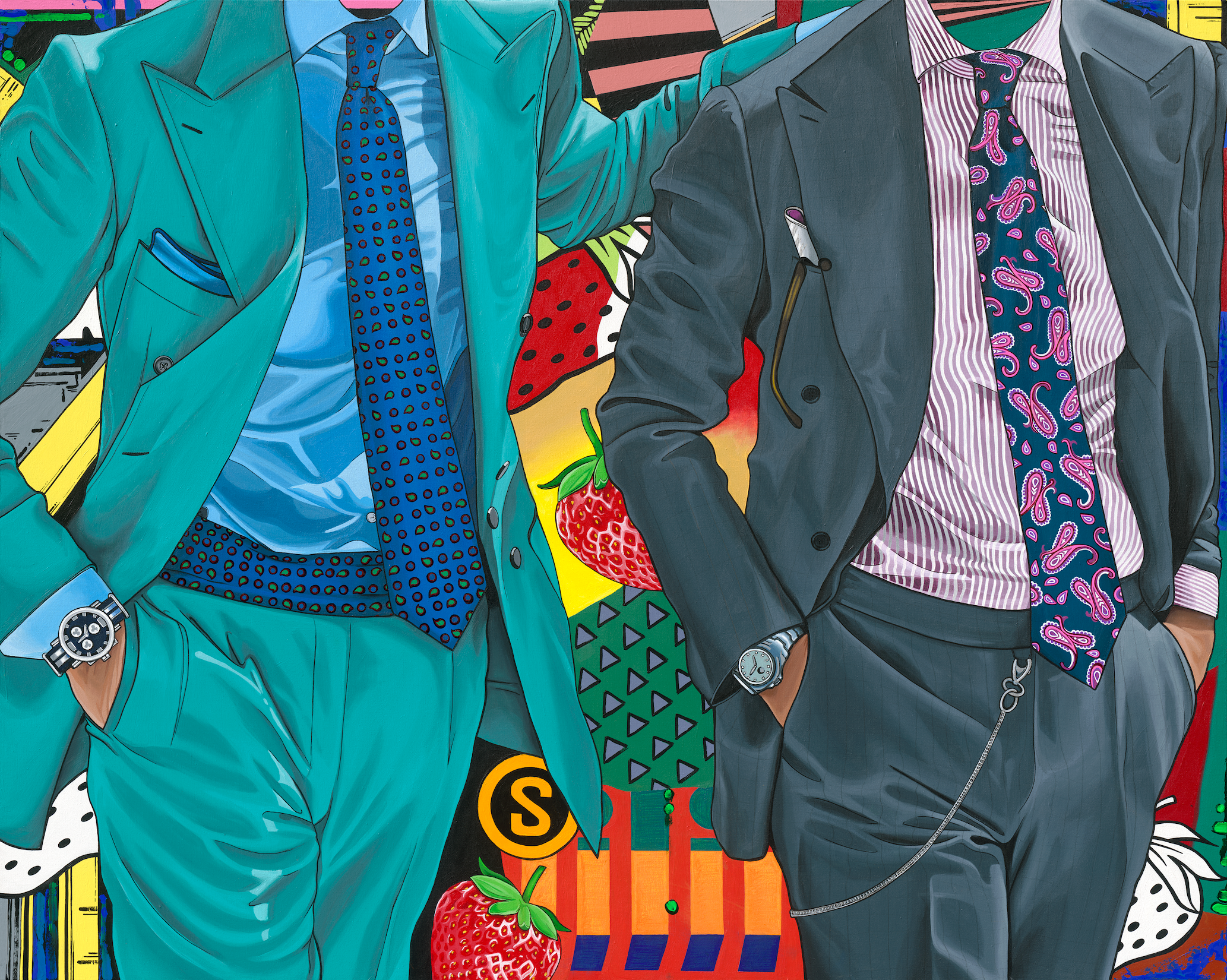 Sam Shuter is a Contemporary Canadian Fine-Artist recognized for her strikingly bold paintings of men’s suits. Untrained, she began her career in Toronto’s Film Industry and found her way into art as a career full-time since 2012. Shuter has staged multiple solo exhibitions of her work, participated in numerous group exhibitions and donated pieces to major public institutions and charities. Sam has also showcased throughout Canada and the United States at such esteemed sites as the Rockefeller Center in NYC and the Bronx Museum of the Arts and has had the opportunity to work with many established brands such as Facebook, the Four Seasons, Toronto International Film Festival (TIFF), Microsoft, Schott, CHANEL, Saks Fifth Avenue and Saturday Night Live for special projects featuring many of her paintings.

Her past experiences truly inform her work: bold colors and graphic patterns which she is deeply drawn to, are largely inspired by her family’s roots in the textile industry. Much of her artwork is motivated by her explorations of fashion, symmetry and composition, with an ongoing analysis of ego, ambition, character, connection and a constant desire for self-expression.