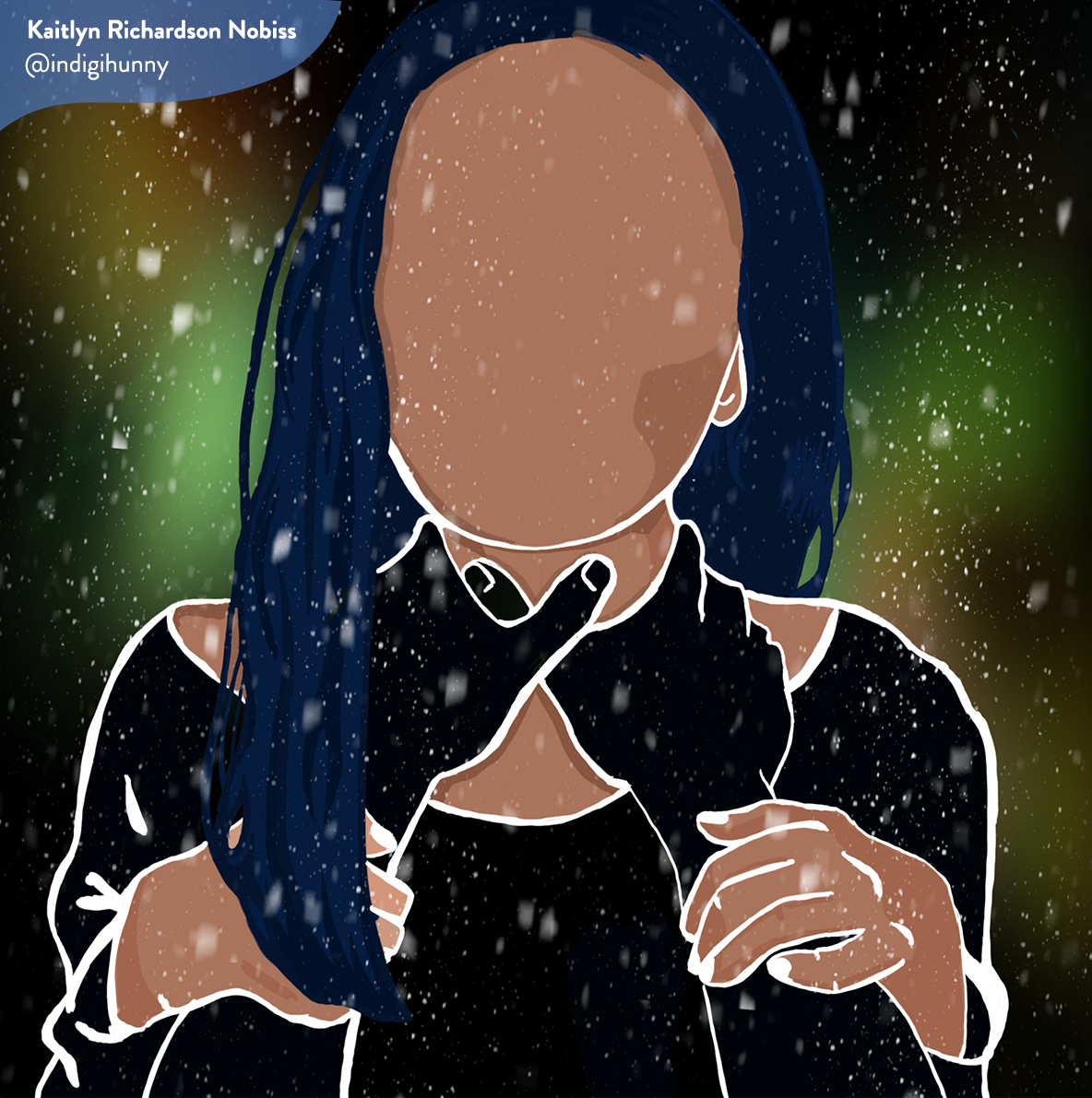 The idea to create “Shush “was inspired by Florence Yee’s Artist Talk: “Activist Inclinations in Public Art.” I felt the most attuned to this video. It voiced the direction I want my art to proceed in. Often, the driving force behind my art is the emotional unpacking I haven’t had the chance to do in any other form than visual art. Public Art is diverse, emotionally driven and at times provocative. As an Indigenous person, I have always felt immense pressure to be socially aware and knowledgeable on social issues First Nations, Metis and Inuit face. I was born an activist, whether I wanted to be or not.

As a young adult, I had an experience with a dysfunctional relationship where it ended in me being choked. I don’t believe anyone intends to be drawn into a codependent or unhealthy relationship. There are lessons in life, and some hit harder than most. It took me years to recover, which I did through therapy, exercise, ceremony, reflection. The healing product of that experience is “Shush.”

Out of a traumatic experience, there is a moment where you sit with yourself and ask, “will I let this experience define me?”

I’ve chosen not to be a victim.

In Nunavut, a report by Pauktuutit Inuit Woman of Canada states: “women in Nunavut are the victims of violent crime at a rate more than 13 times higher than the rate for women in Canada as a whole”.

Victims of domestic abuse and gender-based violence deserve to be heard not silenced. 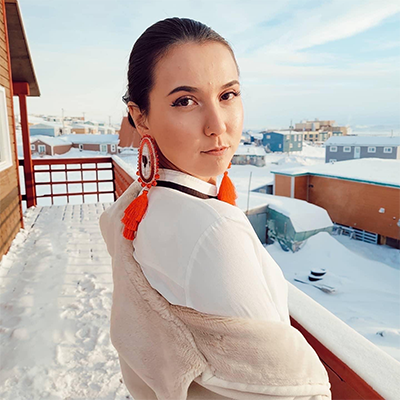 Kaitlyn Richardson Nobiss was born in Dawson Creek, British Columbia. From the age of 3, she was in the Foster Care system until her and her two siblings were adopted when she was 8. This led to being uprooted and moved to Winnipeg, Manitoba where she grew up in the countryside. Kaitlyn is an aspiring visual artist who desires to be involved in Public Art practice.

Her lineage is Cree and European. She is in the process of cultural reclamation and decolonization. The first experience Kaitlyn had the opportunity to showcase her work publicly was in March 2021 at the Ivviulutit Art Show. The art show was in support of LGBTQIA2S+, where Kaitlyn first felt she identified as Two-Spirit. Three pieces were created to honour her upbringing in the queer community, her parents and her alter ego Indigenous Savage. Her self-portrait sold that night.

The second piece of art she sold was to the Native Woman’s Association of Canada titled “Little Kokum”. A piece dedicated to what she interpreted resilience to look like in indigenous communities. Since then, she has been working on building her portfolio while balancing working professionally within Inuit Nunangat.

Contact Us Today
Manage Cookie Consent
To provide the best experiences, we use technologies like cookies to store and/or access device information. Consenting to these technologies will allow us to process data such as browsing behavior or unique IDs on this site. Not consenting or withdrawing consent, may adversely affect certain features and functions.
Manage options Manage services Manage vendors Read more about these purposes
View preferences
{title} {title} {title}
Share This