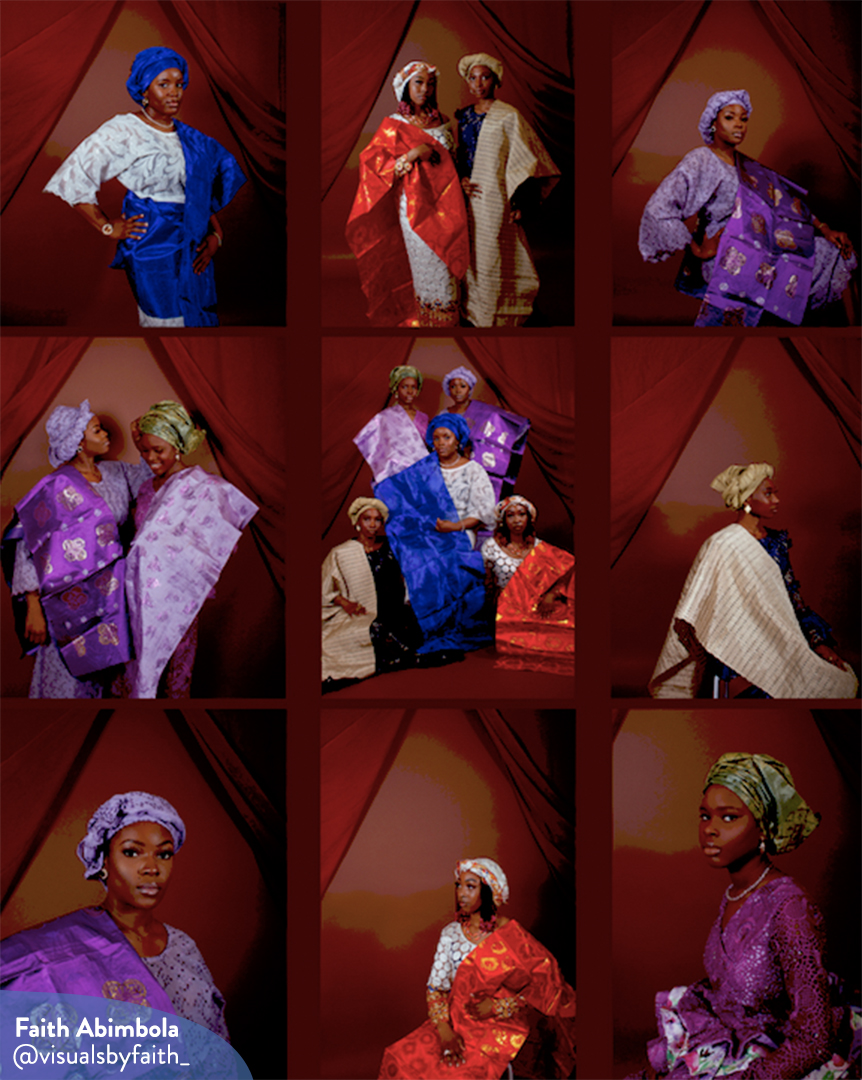 “Clothing, Culture and Identity” is a photo series of selected attires worn by the Yoruba women in Western Nigeria.

This response is inspired by “Knowledge Serves the Producers”, an artist talk by Excel Garay. In their talk, Excel discusses knowledge, where it comes from, and who it serves.  As observed by Gayatri Chakravorty Spivak in the book “Can the Subaltern Speak”, knowledge is never innocent; it serves a particular class, race, and or gender. These groups of people exclude those known as the subaltern – a group of people who are socially, politically, or geographically excluded from places of power. The disposition of the subaltern – majorly marginalized individuals in society prevents knowledge from being transferred amongst groups of people in equal balance.

We are all influenced by Eurocentric definitions of identity, and in order to gather a well-rounded concept of self and identity, it is important to gather knowledge from a wide range of peoples and learn from different cultures. 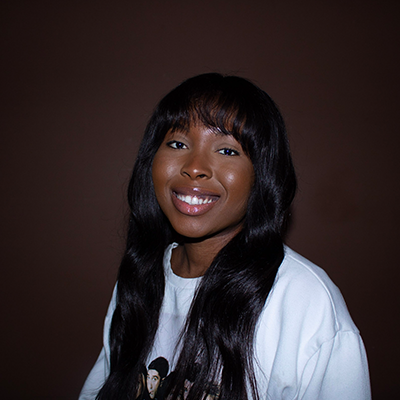 My name is Faith Abimbola and I am a Nigerian Canadian photographer and creative director based in Edmonton Alberta. I’ve loved taking pictures since I was younger, and in 2020 I decided to channel this passion into pursuing photography professionally. My photography style includes but isn’t limited to portrait, editorial, and fashion  photography. My goal with photography is to create and capture images in which the subject tells a story. I believe that so much healing and learning is done through art, and I hope that my photography one day inspires that in others.